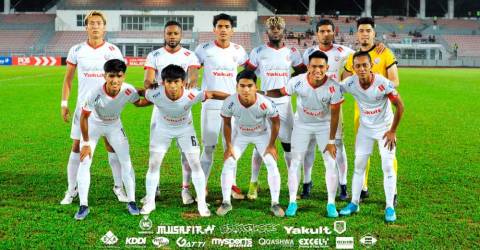 KUALA LUMPUR: Kelantan United coach Syamsul Mohd Saad praised his charges for bouncing back from behind to record their second victory in the Premier League by defeating FAM-MSN Project Team Squad 2-1 at the Kuala Lumpur Football Stadium, Cheras last night.

He said although his team fell behind, the players did not give up hope and went on to achieve a valuable win and at the same time injected a spirited display throughout the match after that.

“Thankfully, we were able to secure three points which is important for the team. Even though at the early stages we were 0-1 down, the players were not discouraged but came back to put up a good fight,“ he told reporters after the match last night.

In the match, Kelantan United were trailing 0-1 after a goal by Muhammad Farris Izdiham Awang Kechik in the 23rd minute of the game but equalised through Jacob Njoku’s 44th-minute goal before Njoku went on to net the winning goal in the 80th minute.-Bernama