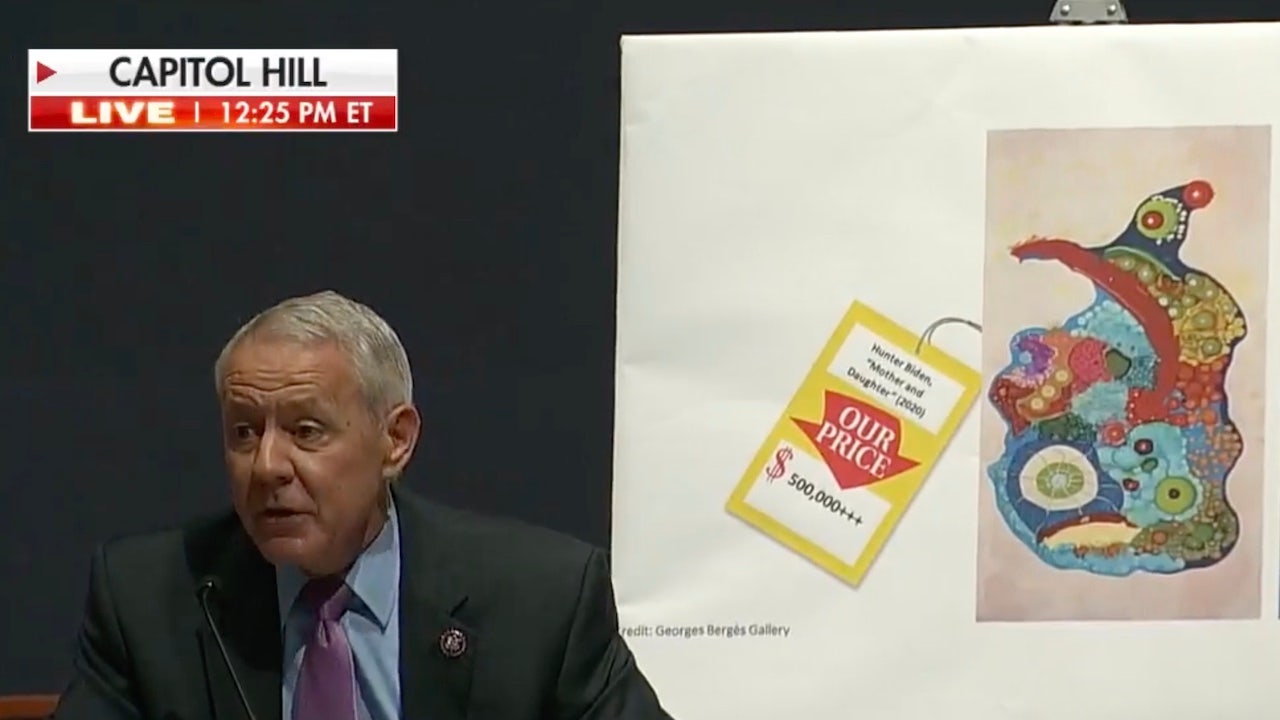 Rep. Ken Buck presses Attorney General Merrick Garland on the value of Hunter Biden’s art, highlighting that one piece has sold for more than the average house in America. Buck then called for an investigation into the president’s son.

“The third painting … is a Hunter Biden,” Buck added to laughter. After Garland said he didn’t recognize the painting, Buck said that particular painting sold for $500,000.

“Now, you may think that … when Hunter Biden is in such exclusive company that he would have a background in artistic training for example,” he said.

Buck noted that Biden was selling his pieces for as much as $500,000. The New York Post previously reported that the gallery hosting Biden had received $500,000 in coronavirus relief.

“Hunter Biden should cancel this art sale because he knows the prices are based on his dad’s job,” said former ethics chief Walter Shaub in July. “Shame on POTUS if he doesn’t ask Hunter to stop.”