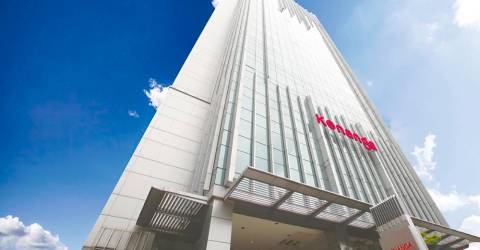 KUALA LUMPUR: Kenanga Investment Bank Bhd expects 2022 exports will be retained at 27% compared with 26.1% last year supported by the weaker ringgit despite the expectation of a subdued fourth quarter 2022 (Q4 2022) outlook.

The investment bank said exports expanded by 28.5% year-on-year (y-o-y) underpinned by strong demand from key trading partners and partly contributed by the weaker ringgit amid the strong US dollar driven by US Federal Reserve’s hawkishness.

“This is also attributable to elevated commodity prices amid rising geopolitical tensions while also due to easing supply-chain pressures,” it said in a research note on Nov 21.

Last Thursday, the Ministry of International Trade and Industry announced that Malaysia’s exports in October rose by 15% to RM131.63 billion, which made the 15th consecutive month of y-o-y growth.

In a separate note, AmBank Research said the total trade growth for October was the slowest pace since February 2022 with exports seeming to be showing signs of slowdown despite the healthy growth.

“This can be seen from the manufacturing sector, certain sub-products are coming off from their peaks including wood products and metal products which declined by 11.7% and 8.1% month-on-month, respectively.

“Both have been contracting for the fourth consecutive month,” it said.

The research house said manufacturing of rubber products was already down to its pre-pandemic level at around RM2 billion compared to its peak of RM7.5 billion in April 2021.

“The dissipating low base effects have helped eased exports growth and more export components are now posting single digit or even contracting annual growth as well,” it said.

It added that the growth would be slower in Q4 2022 due to the high base and slowing global growth. – Bernama