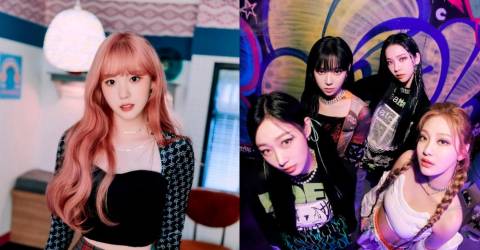 KEP1ER member Kim Chae-hyun has revealed that her seniors in aespa recently reached out to celebrate her debut with the rookie girl group.

During a recent online showcase and press conference for Kep1er’s debut, Chae-hyun shared that the four-member girl group had sent her a message to congratulate her on her debut.

“The aespa sunbaenims (Korean for ‘seniors’) sent me a message congratulating me and saying, ‘Soon we’ll be able to see each other in the waiting rooms at the broadcasters’,” she shared, as translated by Soompi.

Chae-hyun also explained that although she hasn’t seen her former labelmates recently, due to their busy schedules, she is looking forward to seeing them when their respective groups appear on TV shows in the future.