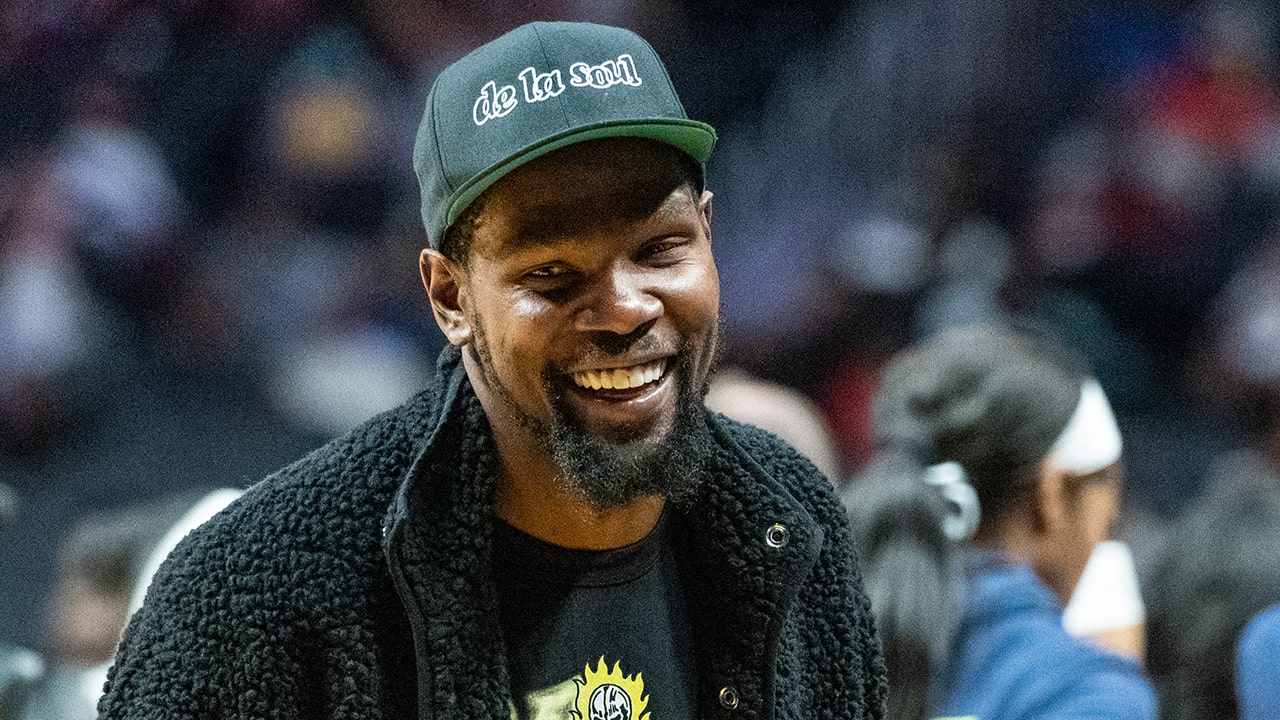 Kevin Durant is still with the Brooklyn Nets about a month after he reportedly requested a trade following the team’s early exit from the NBA playoffs.

While there has been little to no movement on potential deals for Durant, a new team appeared to have entered the competition to acquire the NBA superstar.

The Boston Celtics became one of the handful of teams to engage in trade talks for the Nets star, according to multiple reports. While the Celtics aren’t any closer than any other team in acquiring Durant, ESPN reported Boston’s potential of including Jaylen Brown in a trade makes the team stronger in their pursuit.

Brown seemingly responded to the trade rumors with a tweet.

According to The Athletic, the Celtics offered Brown, Derrick White and a draft pick for Durant, but Brooklyn turned it down. The Nets have reportedly sought Brown, Marcus Smart, draft picks and another rotational piece in any deal concerning Durant.

Jaylen Brown of the Celtics reacts during Game 7 of the NBA Playoffs Eastern Conference Semifinals on May 15, 2022, at TD Garden in Boston.
(Jesse D. Garrabrant/NBAE via Getty Images)

The Miami Heat, Phoenix Suns and Toronto Raptors have all expressed interest in trading for Durant since he requested a trade on June 30, according to ESPN.

Durant, along with Kyrie Irving, signed with Brooklyn in 2019. Brooklyn gave Durant ample time to rest and recover from a torn Achilles tendon. He didn’t make his debut for the team until December 2020. Durant signed a four-year, $194 million extension in August 2021.

Durant has played in only 90 games for the Nets, averaging 28.7 points, 7.3 rebounds and 6.1 assists. Brooklyn only won one playoff series with Durant and Irving on the team, and they needed James Harden to do it during the 2020-21 season.