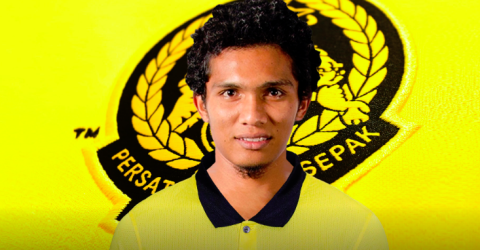 KUALA LUMPUR: Former Negeri Sembilan FC defender Ahmad Khuzaimi Piee (pix) remains pleasantly surprised that he has been nominated and shortlisted for the ‘Best Defender’ award in the 2022 National Football Awards (ABK22), which is scheduled on Dec 15.

The defender added that though 2022 has been the best season of his career, Khuzaimi remains modest in his chances to win the award since both the other nominees had been instrumental in JDT’s success in winning the quadruple.

“I did not expect to be nominated as the best three defenders in the country because there were so many good players in the league. I could not believe I was among the top three on the list.

“Most importantly I would like to thank the coaching team from the Negeri Sembilan squad and the players for their support while playing in the team,” he said in a statement issued by the Malaysian Football League (MFL), today.

The ABK22 will be held online starting 9 pm and will feature 16 categories.