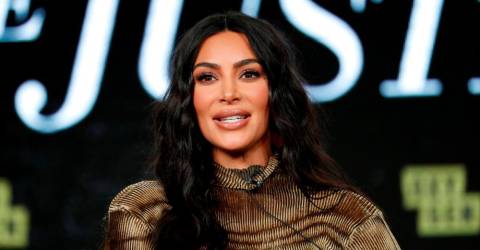 A source recently told People magazine that Kim Kardashian is “very much over the public drama” brought on by her ex, Kanye West.

Though tensions have been high between the former pair, Kardashian and West do speak regularly when it comes to co-parenting their four children ages two to eight.

“She makes sure that he can see the kids whenever he wants to,“ the source says, adding that Kardashian “has moved on and is very happy.”

Kardashian also said she realised there is no way to repair their marriage even though she had hoped it would have succeeded.

The Keeping Up with the Kardashians star said in a declaration: “I believe that the court terminating our marital status will help Kanye to accept that our marital relationship is over and to move forward on a better path which will assist us in peacefully co-parenting our children.”

Amid the ongoing drama between Kardashian and West, the two stars have been working to co-parent their children, and recently attended their daughter’s soccer game together.

“The kids were all thrilled to see Kanye at the soccer game. They kept hugging Kanye. He looked very happy,“ a source told People of the outing.

“The focus was just on the kids. Kim attends all the kids’ sport activities. She is their biggest fan,“ the source continued. “On the sideline, she looks like a regular mum. She is very sweet and engaged.”

Kardashian also spoke candidly about co-parenting with West in an interview with Vogue last month. The star said she always wants to be her “co-parent’s biggest cheerleader” in front of the kids.

“You could be so hurt or angry at your ex, but I think in front of the kids, it always has to be ‘Your dad’s the best,‘” she explained. “Make sure you are your co-parent’s biggest cheerleader, no matter what you’re personally going through.”