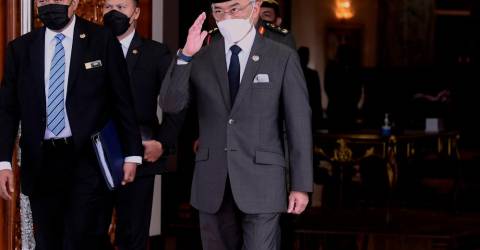 The meeting, which began yesterday, was chaired by the Raja of Perlis Tuanku Syed Sirajuddin Putra Jamalullail.

Also present were the Yang Dipertua Negeri of Penang, Melaka, Sabah and Sarawak.

The last meeting of the Conference of Rulers was held on March 9 and 10, and was chaired by Sultan Mizan Zainal Abidin.-Bernama