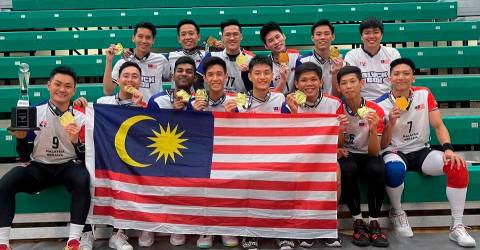 Istana Negara in a post on Facebook here today said Their Majesties expressed joy and pride on the success as the team have made the country proud,

“The royal couple also expressed hope that this achievement will spur the players to train harder for future tournaments and Malaysians would emulate their spirit of enthusiasm,“ read the statement.

Al-Sultan Abdullah and Tunku Azizah also wished the team all the best in the upcoming tournaments and prayed that they would continue to shine on the world stage.

The Malaysian men’s team, ranked world number one, had also emerged champions in 2017 and 2018.

In the 2019 championships held in Cancun, Mexico, Malaysia won the silver after losing to Canada in the final. – Bernama