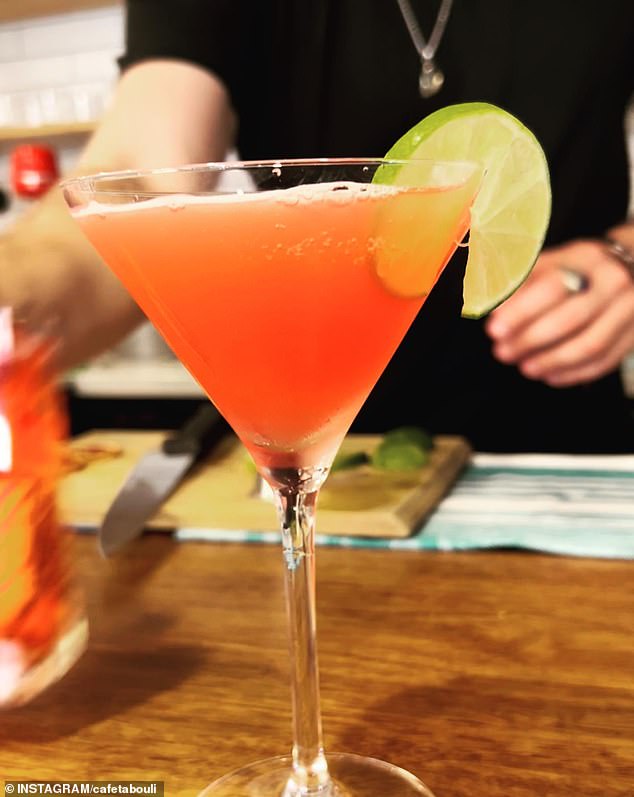 The café owner who claimed her business lost money after it received a makeover by Colin Fassnidge on Kitchen Nightmares has extended a cheeky olive branch to the celebrity chef in the form of a cocktail.

The newly-named Café Tabouli, run by Virginia Cheong and her husband has dedicated a new beverage to the Irish kitchen guru aptly named ‘The Colin’.

The cocktail is part of a new drinks menu created for the embattled café by mixologist and ‘hospitality hype man’ Mick Teasdale.

The food influencer partnered with local suppliers Offshore Vodka to create the small cocktail list in hopes it will give the venue a much-needed boost.

Café Tabouli, which is located in Homebush in Sydney’s inner west, received a significant makeover by Fassnidge and the Channel 7 team when the show was filmed in May this year, with the episode airing in November.

Ms Cheong claims the business ‘instantly’ began losing even more money after the rebrand with losses of up to $4,500 to $6,000 a week.

The café owner, who is of Chinese descent, told Daily Mail Australia last week she had no experience running a Lebanese restaurant and was only left with a menu of six items to go off after the show ended.

She did acknowledge rising interest rates, and an increase in the cost of living also added to their financial woes.

Fassnidge, who Ms Cheong said was ‘very kind and compassionate’, responded to the claims in a conversation with Nova FM radio hosts Fitzy and Wippa.

‘It was a Chinese owned café serving terrible Middle Eastern bread and Italian food. It was also losing,’ he said. 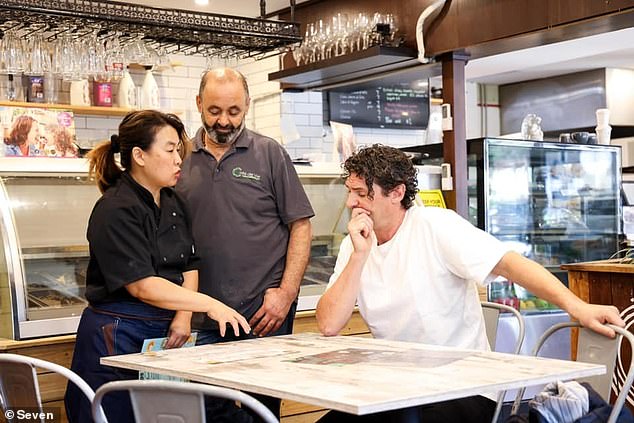 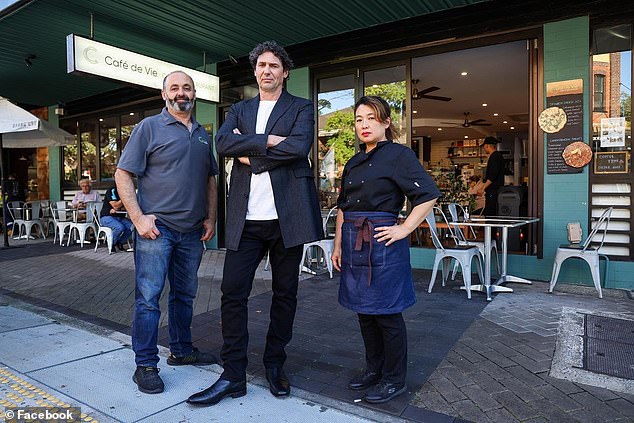 Café Tabouli, which is located in Homebush in Sydney’s inner west, received a significant makeover by Fassnidge and the Channel 7 team in May this year, with the episode airing in November (pictured, Ms Cheong and her husband with Fassnidge)

One decision made by producers that Ms Cheong said has hurt the business was moving the coffee machine to the back of the café, out of sight for customers.

But Fassnidge said Ms Cheong should be ‘reactive’ and can rearrange her café if it was affecting business – adding the decision to move the machine was made in May.

Fassnidge said it wasn’t his idea to rebrand the business but the guests who tried the new menu in the episode loved the food.

‘The way that the restaurant world is at the minute like you can come in, you can do a paint job you can do a new menu,’ he said.

‘But not everyone’s gonna survive, that’s the brutality of the industry we’re in.’ 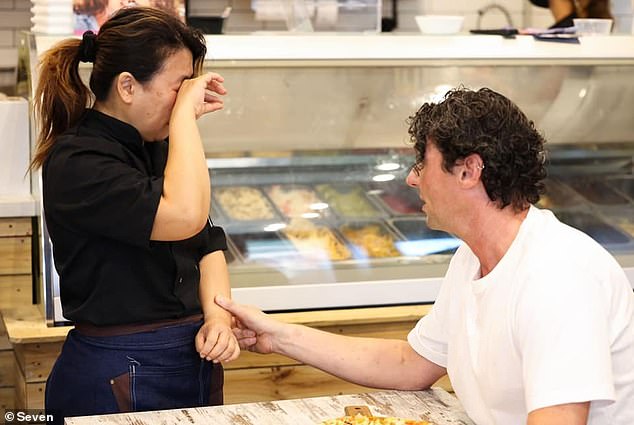 Fassnidge is seen comforting Ms Cheong during the program. She has said her café, which was rebranded as a Lebanese restaurant, has suffered after Kitchen Nightmares aired 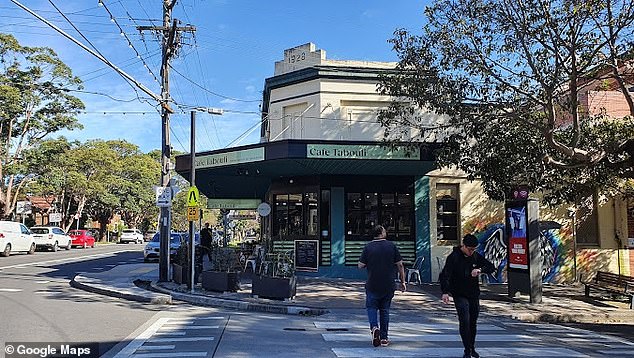 At the end of the segment the show said that four months down the track, ‘Cafe Tabouli is busier than ever’.

Ms Cheong said that was ‘incorrect’, but they were in a better position now than immediately after filming ended.

The owner uploaded a video to the restaurant’s Facebook page on Sunday to clear up some misconceptions in regards to her appearance on Kitchen Nightmares.

She said she didn’t blame the show for the downturn and said she and her partner have taken ‘full responsibility and accountability for what has happened’.

‘We signed up for this knowing full well the risks involved. Not every expert is going to get it right and there’s no guarantee in life with anything,’ she said.

Ms Cheong said the café held no hard feelings towards Fassnidge and his team and was now looking to find a way forward with her business.

It comes as another owner of a business gifted a makeover by the Kitchen Nightmares team reveals it has also been struggling to make ends meet.

Unlike Ms Cheong, Anthony Davies does not blame Kitchen Nightmares for his restaurant failing, but has questioned some of the advice he was given by the Channel 7 show’s team. 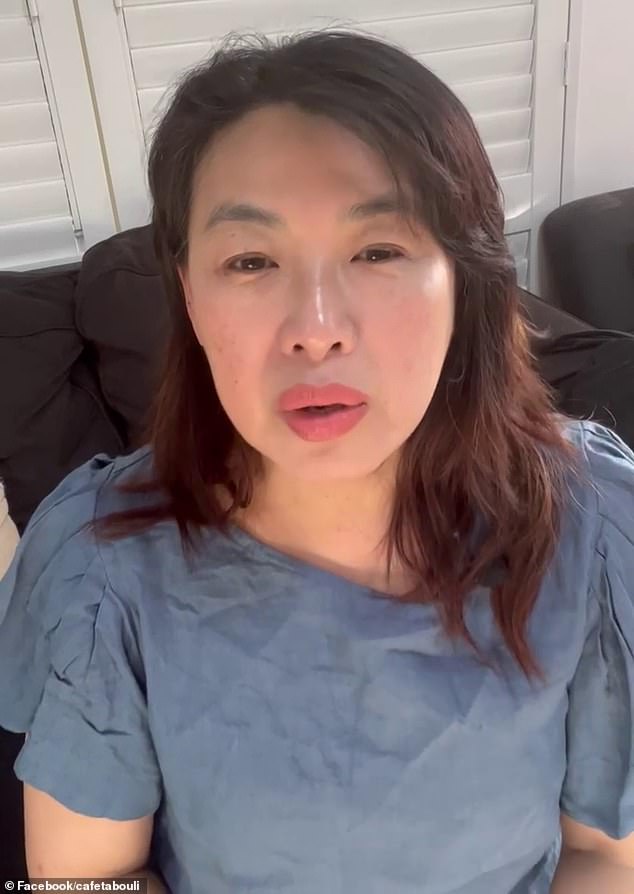 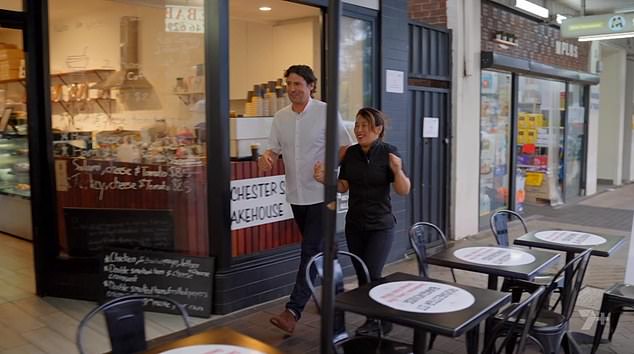 Ms Cheong appeared excited at the rebrand in the show, but said she was left a menu with just six items and had little experience running a Lebanese restaurant 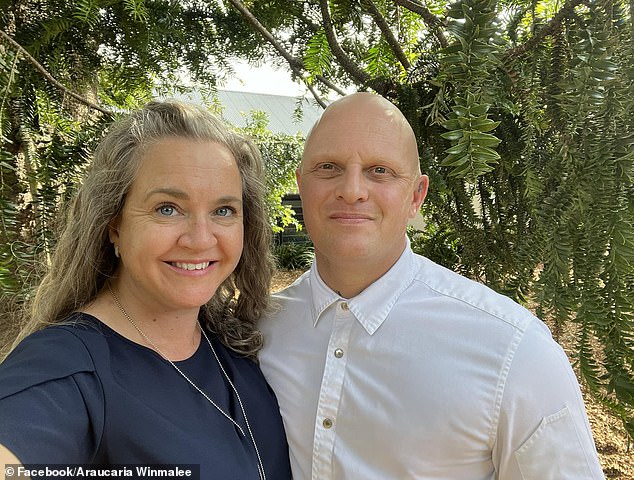 Mr Davies and his partner Lauren Crisell owned the Araucaria restaurant at Winmalee in the NSW Blue Mountains which featured on Tuesday night’s edition of the program, but shut their business very shortly after filming ended.

He said some of the advice he was given by the show ‘absolutely failed to deliver’ improvements to the restaurant, which shut due to ‘financial hardship’.

Mr Davies said the five-day makeover done by the Kitchen Nightmares team was not enough to bandaid underlying problems and that the show tried to ‘cultivate … tension’ with some of its menu changes.

He said the show ‘seemed to imply we weren’t putting significant effort into the ‘pub playlist’ menu – things like burgers, schnitzels and beer battered fish’.

According to Mr Davies, Araucaria was left with a menu with no garlic bread or bruschetta and the team implied they were ‘overreaching’ with some of their dishes.

He said the show told him to focus on basics and not to high-end offerings, ‘but we were just trying to be different from every other pub in the mountains’.