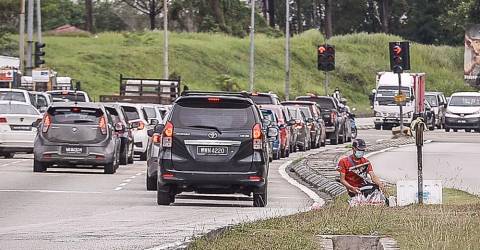 MANY traffic lights in Kuala Lumpur are reportedly malfunctioning due to the power outage that hit several parts of the country earlier today.