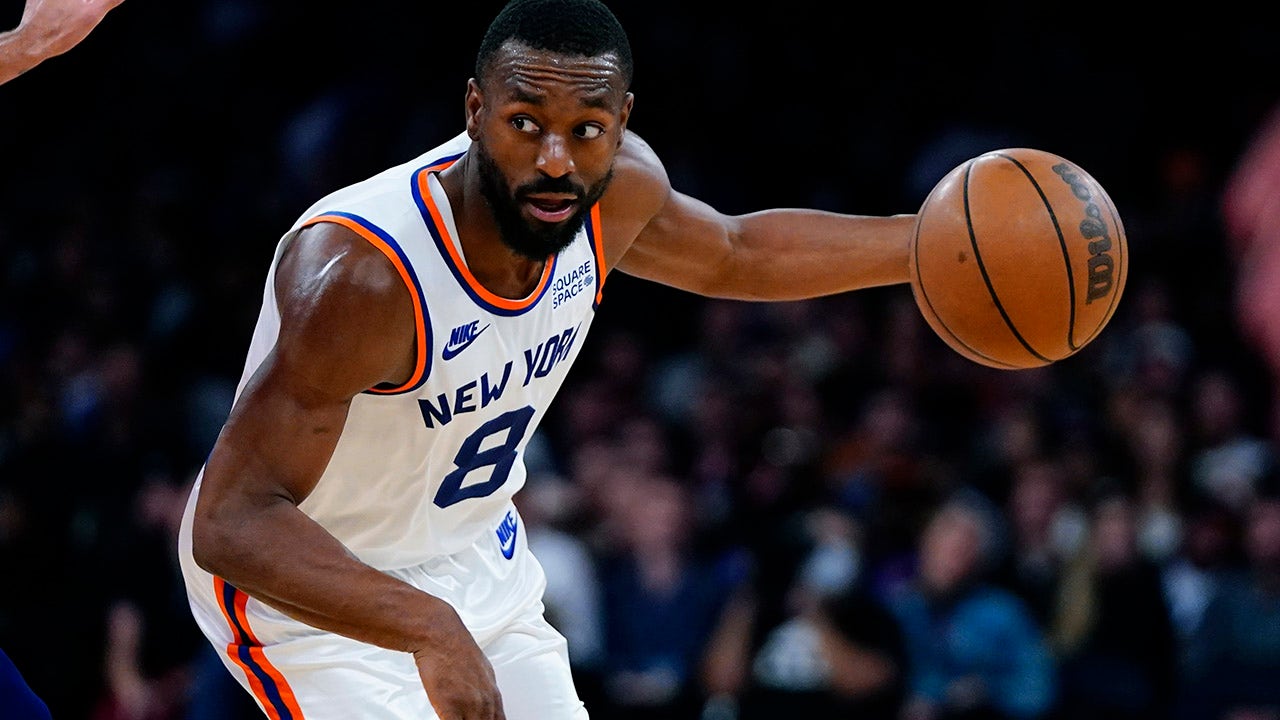 Kemba Walker signed a two-year deal with the New York Knicks in the offseason, with the expectation that he would be a significant piece in head coach Tom Thibodeau’s rotation on a nightly basis.

But after being benched the last four games, Walker has made it clear that there’s a real possibility that his future doesn’t belong in New York.

New York Knicks’ Kemba Walker (8) drives toward the basket during the second half of an NBA basketball game against the Philadelphia 76ers Tuesday, Oct. 26, 2021, in New York. The Knicks won 112-99.
(AP Photo/Frank Franklin II)

Walker, who is averaging 11.7 points and 3.1 assists this year over 18 games, is putting forth the lowest numbers of his career. And even though he isn’t happy with the benching, Walker spoke highly of Thibodeau.

CHICAGO, ILLINOIS – NOVEMBER 21: Kemba Walker #8 of the New York Knicks dribbles the ball against Lonzo Ball #2 of the Chicago Bulls in the first half at United Center on November 21, 2021 in Chicago, Illinois.
(Patrick McDermott/Getty Images)

“I’ve always been a team guy first,” Walker said. “It’s not about me, it’s about the team. So if he feels that’s what’s going to make the team better, then so be it. I’m just going to be here for my teammates. I’m here to help in any way, shape or form that I can.”

Walker, a four-time All-Star, averaged 19.9 points and 5.4 assists during the 10 previous seasons as a member of the Charlotte Hornets and Boston Celtics.

Alec Burks has been impressive for the Knicks, especially after his 23-point outburst on Nov. 27 in a victory over the Atlanta Hawks. However, the Knicks are currently riding a three-game losing streak with Walker on the bench. Burks is averaging 17.3 points per game, but he is only hitting 37.8 percent of his shots.

NEW YORK, NY – NOVEMBER 26: Kemba Walker #8 of the New York Knicks drives to the basket during the game against the Phoenix Suns on November 26, 2021 at Madison Square Garden in New York City, New York.
(Nathaniel S. Butler/NBAE via Getty Images)

With all of that said, Walker has remained positive.

“I love being around my teammates,” he said. “I’m going to cheer them on until I can’t anymore. That’s what it’s about.”

The Knicks (11-12) are 11th in the Eastern Conference heading into Monday.