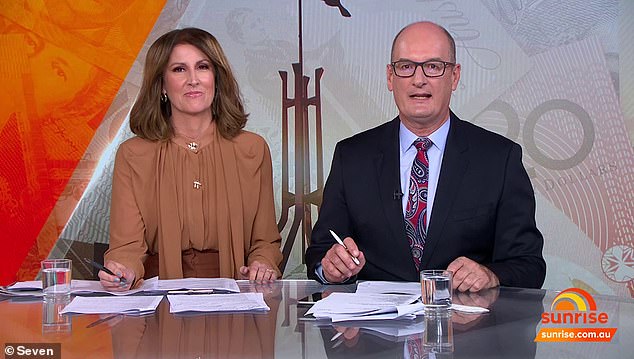 The Sunrise host said the Prime Minister once promised Australians they would receive real wage increases and have their power bills cut by $275, but now Treasury estimates energy prices will soar by 56 per cent next year.

‘Now, those two in this budget are a fail,’ Koch said.

‘What do you say to voters… you have broken two promises?’

Anthony Albanese has been grilled over his government’s latest budget, with David Koch accusing him of breaking two election promises

The PM scrambled to defend the budget, saying he had increased the minimum wage by 5.2 per cent, and inflation at the time was 5.1 per cent.

‘That is a real wage increase for minimum wage workers out there,’ he said.

Before the May federal election Mr Albanese supported a minimum wage increase of 5.1 percent and said the ‘minimum wage should at least keep up with the cost of living’.

But he told the ABC on Wednesday that with inflation rising, it made it ‘harder to hit that real wage increase’.

Real wages fell around 3.5 per cent over 2021 and 2022 due to a ‘combination of high inflation and modest wage growth’, budget papers revealed.

‘While there is uncertainty around the outlook for inflation, the expected pick up in nominal wages and forecast easing in inflation over the course of the next 2 years is expected to result in real wages beginning to modestly rise by the end of 2023–24.’

Koch wasn’t impressed by the PM’s response on real wages, and further interrogated Mr Albanese about his promise to reduce power bills.

‘The Ukraine war has been going a while, we knew this was happening.’ 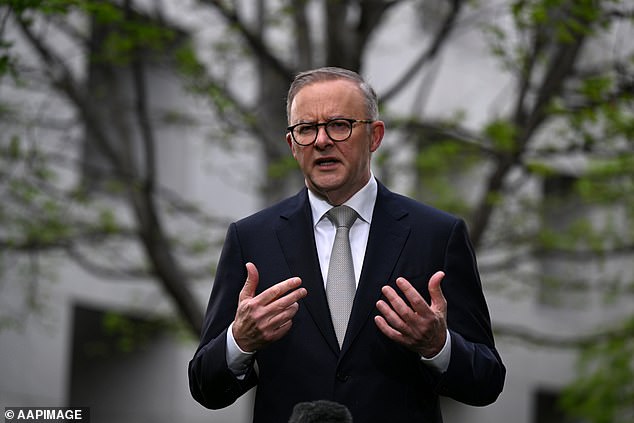 Mr Albanese admitted the conflict in Ukraine had affected resources, and said ‘ten years of failed energy policies’ were also to blame.

‘We saw four gigawatts leave the system and only one go back in. If you have less supply, that has an impact on price,’ the PM said.

‘But you shouldn’t have made the promise because you knew you couldn’t pull it off,’ Koch interrupted.

When Mr Albanese tried to deny the claim, co-host Natalie Barr interrupted and said Australians had voted for the PM based on the changes he would make.

Mr Albanese said his government had delivered on promises including making childcare cheaper and improving the NBN (National Broadband Network).

‘When it comes to power prices, there are real pressures out there,’ he admitted.

‘We understand people are doing it tough, we understand the power price issue is a difficult one, that’s why we’ve flagged the preparedness for further regulatory reform.’

He added that the government was assessing the effectiveness of renewable forms of energy.

‘We need the cleanest, cheapest form of energy. That does take time to flow through to prices,’ Mr Albanese said. 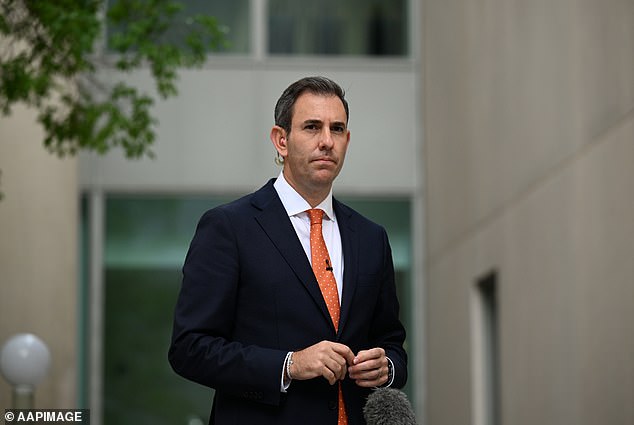 Treasurer Jim Chalmers earlier said the rising prices were a large part of the inflationary pressures facing the nation, admitting he didn’t know when people could expect costs to start dropping

Treasurer Jim Chalmers admitted on Wednesday that rising prices were putting pressure on Australians, admitting he didn’t know when people could expect costs to start dropping.

‘There’s no use pretending otherwise … we’ll have these challenges ahead of us for a little bit longer than we’d like, that’s why the cost of living relief is so important,’ he told ABC TV.

‘There is more work to do when it comes to the electricity market, we do understand these electricity prices make it harder for Australians who are already under the pump.’

Dr Chalmers denied the government had broken an election promise to bring down household electricity bills by $275 per year, adding a $7.5billion cost of living package would help ease short-term consumer pain.

‘When you’re providing cost of living relief, if you do it in an excessive way or an indiscriminate way you risk pushing inflation up and interest rates up even further.’