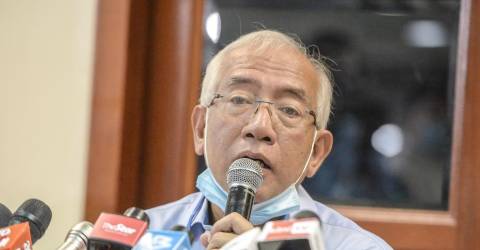 KUALA NERANG: The Rural Development Ministry (KPLB) will protect its assets abroad to ensure they do not become the target of claims by outsiders claiming to be heirs of the Sulu sultanate.

It is understood that some of the assets owned by Mara included buildings, among them in Melbourne, Australia; London, United Kingdom; Washington, the United States; and Egypt.

Mahdzir said this at a media conference after attending the special briefing on PROSPEK Pedu here today when asked to comment on the ministry’s action to protect its assets abroad following reports that the assets of two Petronas subsidiaries in Azerbaijan were seized by heirs of the Sulu sultanate, who are claiming US$14.92 billion (RM62.59 billion) from Malaysia.

The Paris Court of Appeal allowed the Malaysian government’s application to stay the enforcement of the Final Award that was made by the Paris Court of Arbitration, on the basis that the arbitration proceeding would affect the immunity of Malaysia’s sovereignty.

Mahdzir said the ministry would monitor the development and that he had contacted Minister in the Prime Minister’s Department (Parliament and Law) Datuk Seri Dr Wan Junaidi Tuanku Jaafar for detailed information regarding the matter.-Bernama