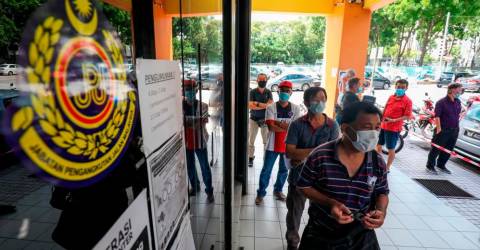 He said the opening for the bidding was from Oct 13 to 17, and the target for the collection was RM2.6 million.

“After the bidding process through the JPJeBID application was closed, the amount collected exceeded the targeted expectations.

Mohd Misuari said the highest bidding was for the registration number DEN 8, worth RM98,888.

“The biggest number of bidders was for (registration number) DEN 1305 involving 20 bidders, with the highest bid being RM6,200,” he said.

He said any successful bid registration must be registered on the vehicle within 12 months from the date of the letter issued by the state JPJ or branch.

“The remaining registration numbers that have not been in the bidding will be open for purchase by the public at a minimum price.

“People who are interested in obtaining the remaining registration numbers can do so at the state JPJ office or branch, and are advised to have a mySIKAP ID to obtain a list of current numbers that are available,“ he also said.

Meanwhile, Mohd Misuari added that throughout the implementation period of the JPJeBID system that started from the DDP registration series up to DEM, the Kelantan JPJ had recorded a total collection of RM40,147,112.-Bernama