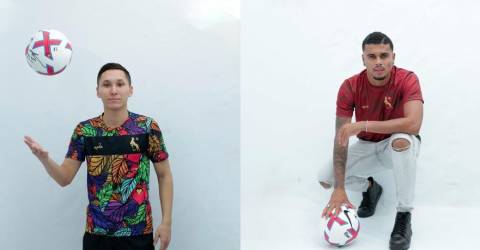 “Ernist Batyrkanov will add strength to the strikeforce while Yan Victor will be in central defence for the team this season. These two imported players signed contracts with KUFC for one season,” he said when contacted by Bernama today.

Earlier, KUFC announced the entry of an imported player from Senegal, Morgaro Lima Gomis into the team and two more imports to be announced in the near future, to make a total of five imports who will line up with the side to face the challenge of the 2023 Super League competition.

Elaborating further, Wan Mohd Zul said Batyrkanov is capable of playing in the left and right wing positions, in addition to his playing experience in the Armenian Premier League and Kazakhstan League.

“Batyrkanov scored 13 goals and is a national player for his country.

“As for Yan Victor, he is a former Brazilian Under-15 and U-17 national player, but started his early career with Portuguese Premier League club Gil Vicente in the 2016 season,” he said.

This season’s 2023 Super League competition is slated to kick off on Feb 24. – Bernama