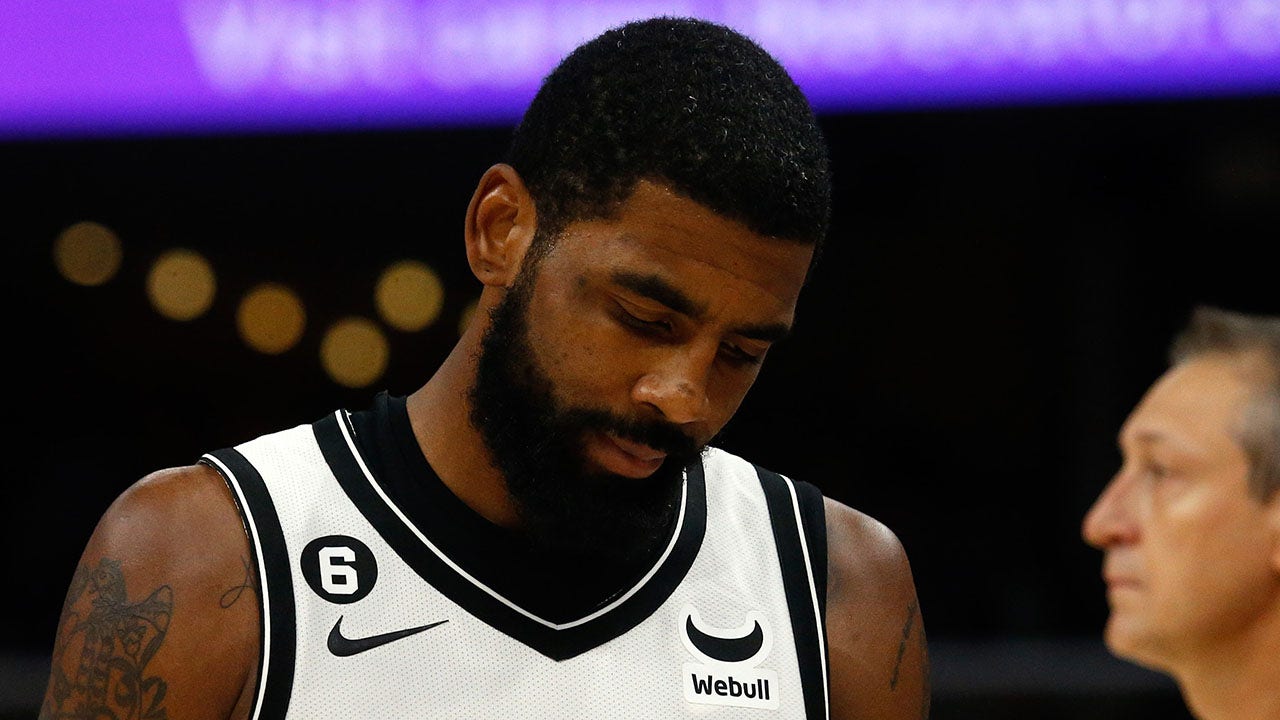 Brooklyn Nets star Kyrie Irving finally apologized late Thursday after he was suspended for at least five games for not showing enough remorse for tweeting a link to a movie that spread antisemitic disinformation.

After the Nets announced Irving’s suspension, the point guard posted an apology note on his Instagram.

“While doing research on YHWH, I posted a Documentary that contained some false anti-Semitic statements, narratives, and language that were untrue and offensive to the Jewish Race/Religion, and I take full accountability and responsibly for my actions,” Irving wrote.” I am grateful to have a big platform to share knowledge and I want to move forward by having an open dialogue to learn more and grow from this.

“To All Jewish families and Communities that are hurt and affected from my post, I am deeply sorry to have caused you pain, and I apologize. I initially reacted out of emotion to being unjustly labeled Anti-Semitic, instead of focusing on the healing process of my Jewish Brothers and Sisters that were hurt from the hateful remarks made in the Documentary. I want to clarify any confusion on where I stand fighting against Anti- semticism (sic) by apologizing for posting the documentary without context and a factual explanation outlining the specific beliefs in the Documentary I agreed with and disagreed with. I had no intentions to disrespect any Jewish cultural history regarding the Holocaust or perpetuate any hate. I am learning from this unfortunate event and hope we can find understanding between us all. I am no different than any other human being. I am a seeker of truth and knowledge, and I know who I Am.”

Irving had a chance to apologize after NBA Commissioner Adam Silver denounced his tweet but failed to do so. Instead, the Nets suspended him.

“Over the last several days, we have made repeated attempts to work with Kyrie Irving to help him understand the harm and danger of his words and actions, which began with him publicizing a film containing deeply disturbing antisemitic hate. We believed that taking the path of education in this challenging situation would be the right one and thought that we had made progress with our joint commitment to eradicating hate and intolerance,” the team said in a statement.

Brooklyn Nets’ Kyrie Irving reacts after hitting a basket against the Cleveland Cavaliers during the first half of the opening basketball game of the NBA play-in tournament Tuesday, April 12, 2022, in New York.
(AP Photo/Seth Wenig)

“We were dismayed today, when given an opportunity in a media session, that Kyrie refused to unequivocally say he has no antisemitic beliefs, nor acknowledge specific hateful material in the film. This was not the first time he had the opportunity — but failed — to clarify.

“Such failure to disavow antisemitism when given a clear opportunity to do so is deeply disturbing, is against the values of our organization, and constitutes conduct detrimental to the team. Accordingly, we are of the view that he is currently unfit to be associated with the Brooklyn Nets. We have decided that Kyrie will serve a suspension without pay until he satisfies a series of objective remedial measures that address the harmful impact of his conduct and the suspension period served is no less than five games.”

The Anti-Defamation League also refused a donation that he was set to give to organizations to stop hate as a response to the suspension.

Oct 24, 2022; Memphis, Tennessee, USA; Brooklyn Nets guard Kyrie Irving (11) during a timeout during the second half against the Memphis Grizzlies at FedExForum.
(Petre Thomas-USA TODAY Sports)

It’s unclear what the Nets will do now in a tumultuous week for the organization.