‘I am quaking in my boots… with laughter!’: Labour MP leaves Twitter users in stitches by trying to channel his inner Winston Churchill by saying party will ‘fight them in the streets’ in anti-Tory rant

A Labour MP tried to channel his inner Winston Churchill today in a rant against the Conservative Party as he claimed: ‘We will fight them in the streets.’

And the politician told a raucous crowd at the Brighton Centre in the early hours of this morning: ‘The Conservative Party have an aim to break up our country. 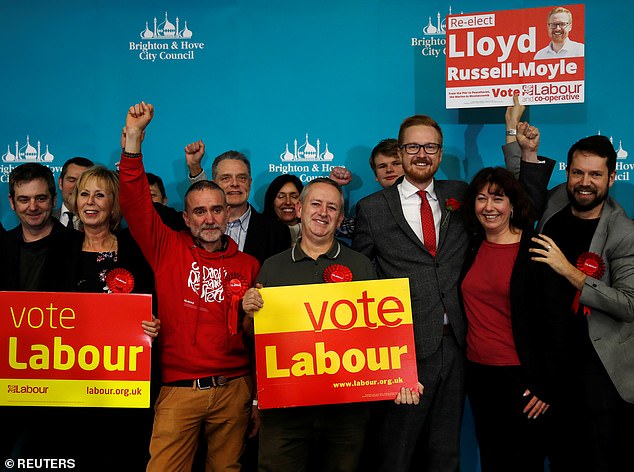 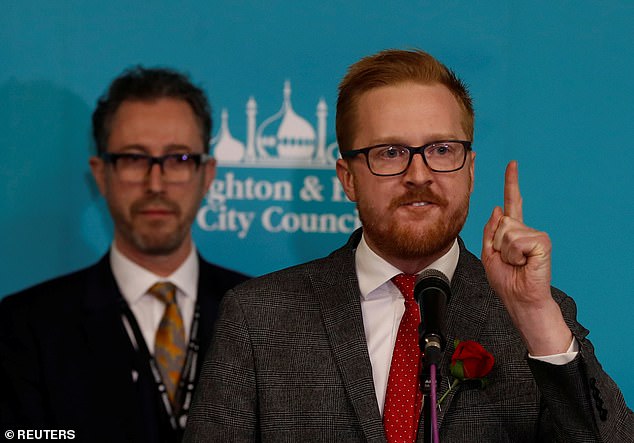 His words jokingly evoked comparisons to Churchill’s famous ‘We shall fight on the beaches’ speech to the House of Commons in 1940 during the Second World War.

Others posted memes comparing his outburst to the Queen of Hearts from Alice In Wonderland, while someone posted a picture of the Churchill insurance dog.

One Twitter user joked: ‘Taking that Labour defeat well I see’, while another called it the ‘kind of emotive language that caused so many problems in the last Parliament’.

A third said they were ‘literally quaking in my boots… with laughter’, while a fourth tweeted: ‘What about the beaches? Is nowhere safe? #badloser’

Mr Russell-Moyle is a staunch supporter of Labour leader Jeremy Corbyn, who has indicated he will quit as the party’s leader in the early part of next year.

He has a reputation as something of a firebrand politician – and is known on the Labour benches as ‘the ginger Basil Fawlty’, according to The Spectator.

Mr Russell-Moyle won the vote in Brighton Kemptown with more than 25,000 votes and a 51.6 per cent share and spoke following the declaration at about 3.45am.

His nearest challenger was Joe Miller from the Conservatives who polled nearly 17,000 votes, ahead of Liberal Democrat Ben Thomas with almost 3,000.

In March, he claimed a man tried to assault him and bent his glasses while he was out filming with ITV News, before three other men stopped the assault. 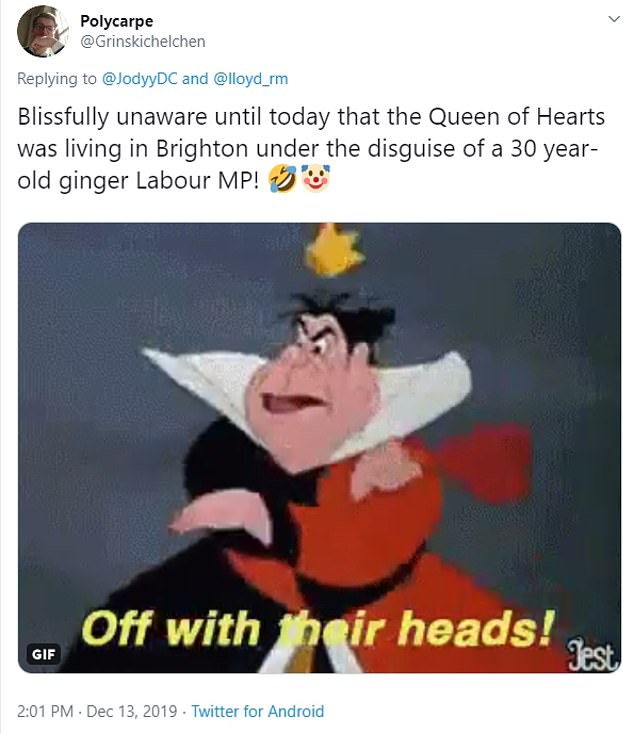 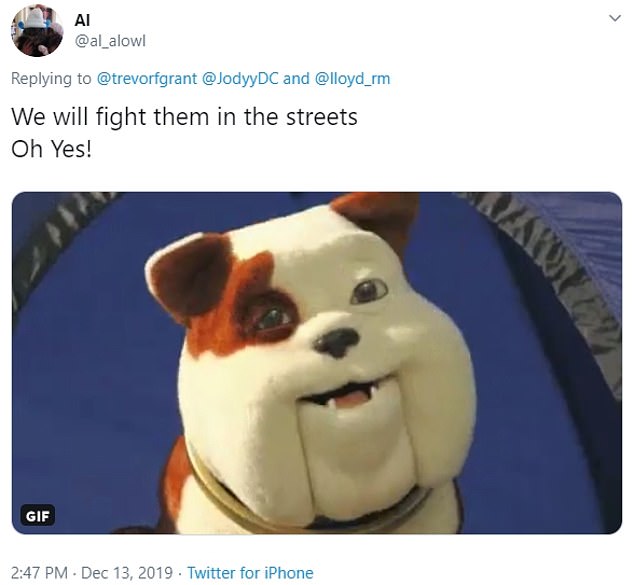 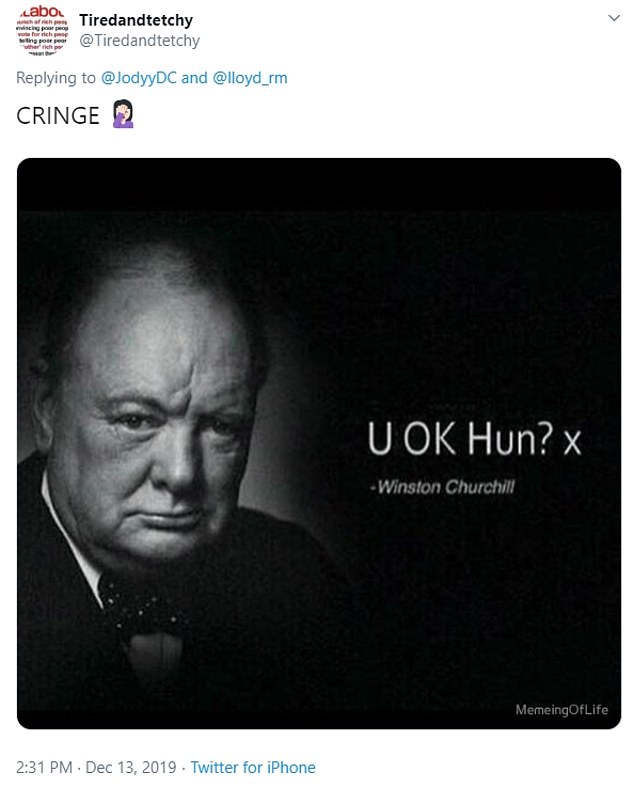 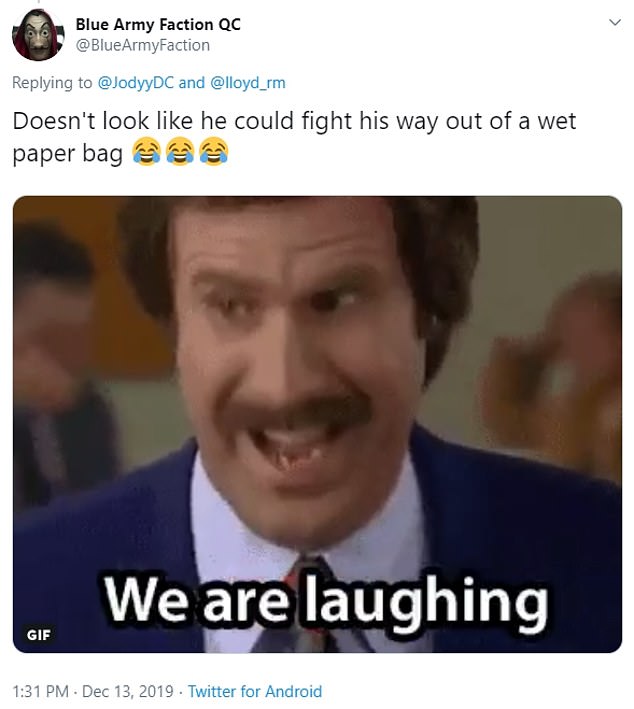 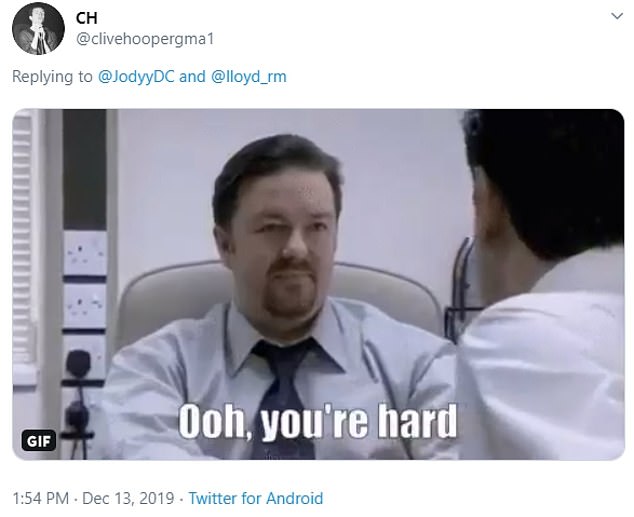 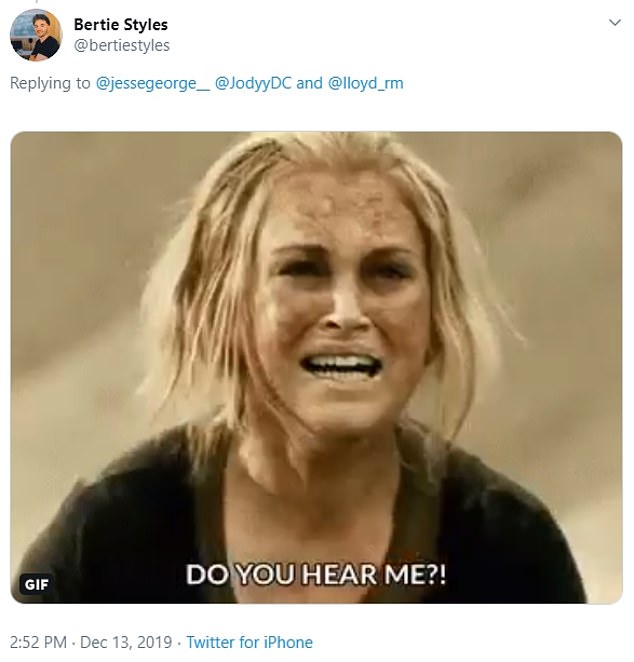 In December, Mr Russell-Moyle was suspended from the Commons after picking up the ceremonial mace in protest at the Brexit vote being deferred.

He was stopped by staff amid gasps as he grabbed the symbol of the authority of the Commons, and Speaker John Bercow booted him out for the rest of the sitting.

And last November he hit the headlines after becoming the first MP to reveal he was HIV positive in the House of Commons, during a debate on public health.