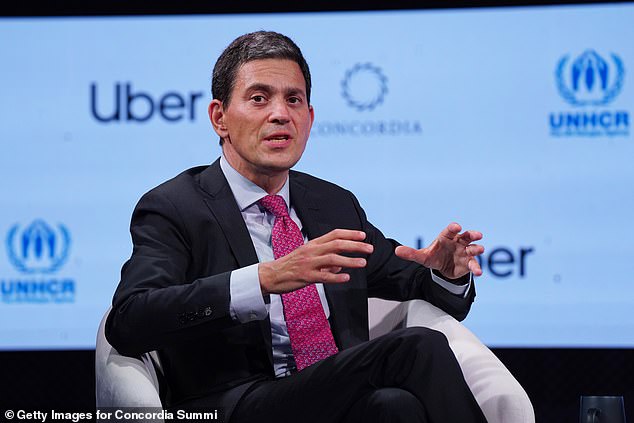 ‘Leader-in-waiting’: Labour split as Blair allies plot the return of David Miliband for a key role in a future Keir Starmer government

By Brendan Carlin and Claire Ellicot For The Mail On Sunday

They said the former foreign secretary and one-time party leadership contender could return in a by-election before the next general election.

There were even suggestions that Mr Miliband would take on his old foreign secretary job and effectively become the ‘leader-in-waiting’, ready to take over should Sir Keir run into difficulties.

But last night allies of the Labour leader insisted the return of Mr Miliband, famously beaten to the party leadership by his brother Ed in 2010, would be the ‘last thing’ Sir Keir would want. One said: ‘Why would he want to resurrect the Miliband brothers’ pyscho-drama? Besides, Keir prefers not to have faces from the past taking top roles on Labour’s frontbench.’

Key figures on the Labour Right have long dreamed of the return of the older Miliband brother after Ed led the party to general election defeat in 2015 and was partly blamed for arch Left-winger Jeremy Corbyn succeeding him as leader.

And their hopes were boosted last week after Mr Miliband, who is president of the International Rescue Committee and based in New York, declined to rule out a return to British politics and praised Sir Keir’s leadership.

Asked by LBC’s Andrew Marr if he would return to UK politics before the next election, he replied: ‘That has not been decided yet.’

Last night, allies of Mr Miliband said: ‘There have definitely been overtures to David to come back.’

However, that sparked a fierce debate among Labour MPs as to just who was pushing for Mr Miliband’s return – the Starmer leadership team itself or Blairite backers of Sir Keir who feel that despite the party’s huge poll lead, Labour still needs ‘bigger hitters’ to compensate for ‘charisma-light’ Sir Keir.

One former Cabinet Minister said last night the party needed both Ed Miliband – who has a key role in the Starmer team as shadow climate change secretary – and his brother.

He said: ‘Ed and David are absolutely pre-eminent both as Labour politicians and as policy makers.

The former Minister also suggested that Mr Miliband would be better used not in his old role of foreign secretary but in a key domestic job, given the economic challenges an incoming Labour government would face.

One leading Left-wing Labour MP told The Mail on Sunday that talk of Mr Miliband’s return was definitely promoted by Blairites and the party’s Right. He said: ‘The Right are not convinced Keir’s up to it – that’s what this is about.’ 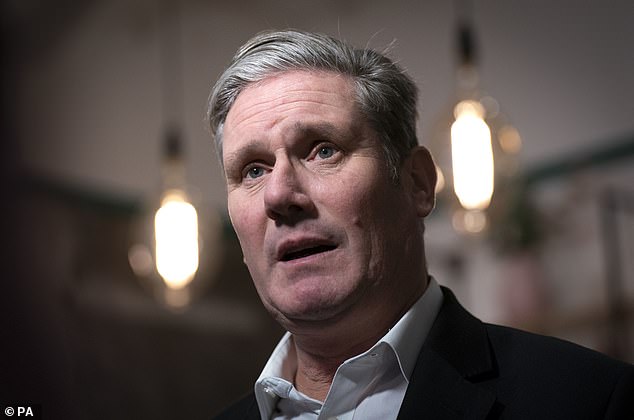 There were even suggestions that Mr Miliband would take on his old foreign secretary job and effectively become the ‘leader-in-waiting’, ready to take over should Sir Keir (pictured on December 2) run into difficulties

He added that he suspected the ‘invisible hand’ of Peter Mandelson was heavily involved in promoting Mr Miliband’s return.

However, a Labour frontbencher said last night that Mr Miliband’s return would only lead to new tensions with his brother. There was also concern that Mr Miliband, a prominent anti-Brexit figure, would not help Labour’s bid to woo Red Wall Brexit voters and put referendum divisions behind it.

Separately yesterday, would-be Labour MPs were accused of making a mockery of Sir Keir’s ‘make Brexit work’ pledge by openly plotting a return to the EU.

In an online discussion hosted by the Labour Movement For Europe, parliamentary candidates spoke of resisting government plans to scrap remaining EU laws as part of a prelude to rejoining the Brussels bloc in the future.

But Labour said: ‘We have been clear that there will be no re- opening of the Brexit debate and no return to freedom of movement.’

The party declined to comment on calls for Mr Miliband to make a comeback.