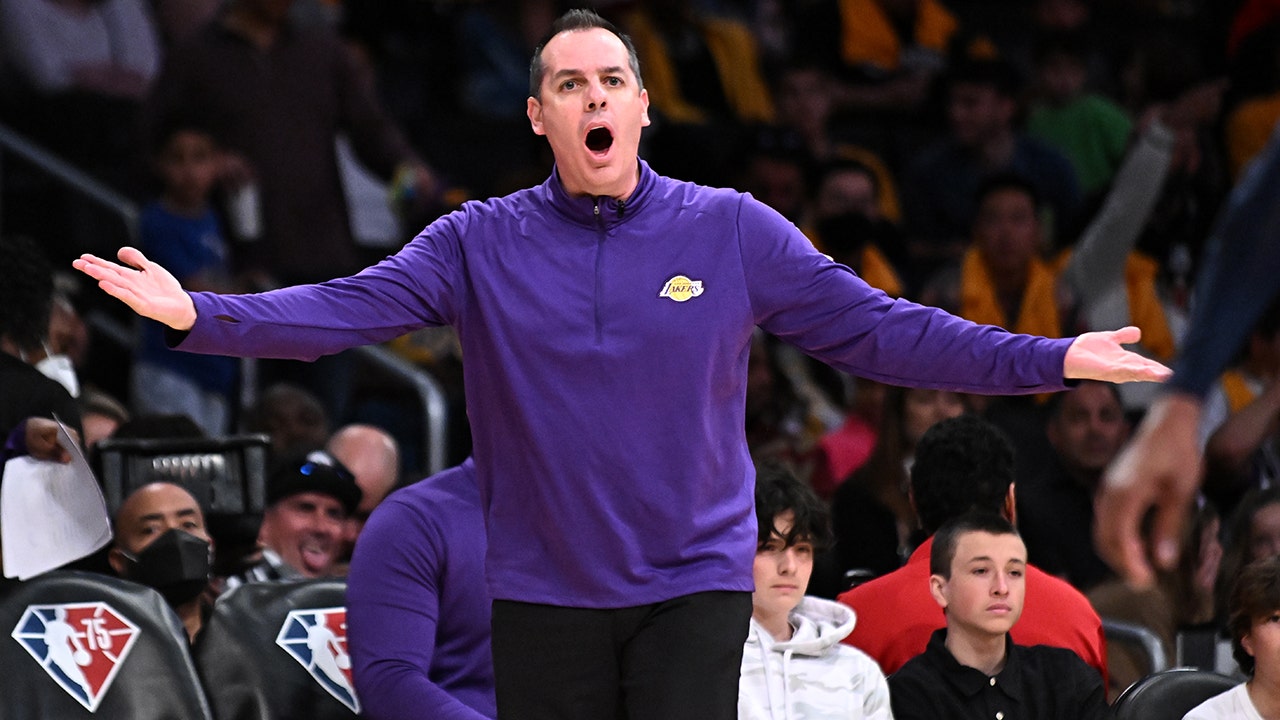 The Los Angeles Lakers (31-48) were officially eliminated from NBA playoff contention Tuesday following a 121-110 loss to the Phoenix Suns.

Despite having championship aspirations and a roster that includes several potential future Hall of Famers, the loss means the team failed to even qualify for the play-in tournament with three games remaining in the regular season.

Head coach Frank Vogel heard conversations about his job security throughout the Lakers’ disappointing season, and with it coming to a close, he discussed what it was like hearing outside noise that his job was in danger.

“It’s not easy to shut it out,” Vogel told The Athletic. “It’s not fun to have those reports hanging over your head or seeing it everywhere you look, especially so early in the season [and] after what we’ve been able to accomplish here. But to me, that pressure of expectation has been here since the day I signed on.”

Health was a major issue this season for Los Angeles, who rarely had Russell Westbrook, Anthony Davis, and LeBron James on the floor at the same time. However, the Lakers went 11-10 in games when those three players were on the floor together and the team wasn’t exactly dominant.

Los Angeles Lakers forward LeBron James, left, sits on the Bech next to forward Anthony Davis as head coach Frank Vogel stands by during the second half of an NBA basketball game against the Denver Nuggets Sunday, April 3, 2022, in Los Angeles.
(AP Photo/Mark J. Terrill)

“Every game, you’re fighting against the current of healthier teams or teams that have more continuity,” Vogel said. “Or teams that are just better. Meaning your margin for error is very slim.”

Westbrook, who has managed to stay healthy, is having one of the worst seasons in his NBA career after the Lakers acquired him from the Washington Wizards in exchange for Kentavious Caldwell-Pope, Montrezl Harrell, and Kyle Kuzma.

Vogel said Westbrook struggled without James and Davis. This season, James played in 56 games for Los Angeles, and Davis only played in 40 games.

“We did not win at a high rate with Russ and another star and the rest of our role players,” Vogel told the outlet. “Whether it was Russ and AD with Bron out or Russ and Bron with AD out, we just haven’t won in those situations.”

Vogel led the Lakers to an NBA championship over the Miami Heat in 2020. Now, his job security appears weak.

“I can say it has not been due to lack of effort,” the coach said after the loss Tuesday. “We have all put in the work. Our guys stayed fighting right till the end. We brought integrity to the process. We just fell short though a disjointed season.”

It was the second time that James has missed the playoffs since joining the Lakers in 2018.

The Associated Press contributed to this report