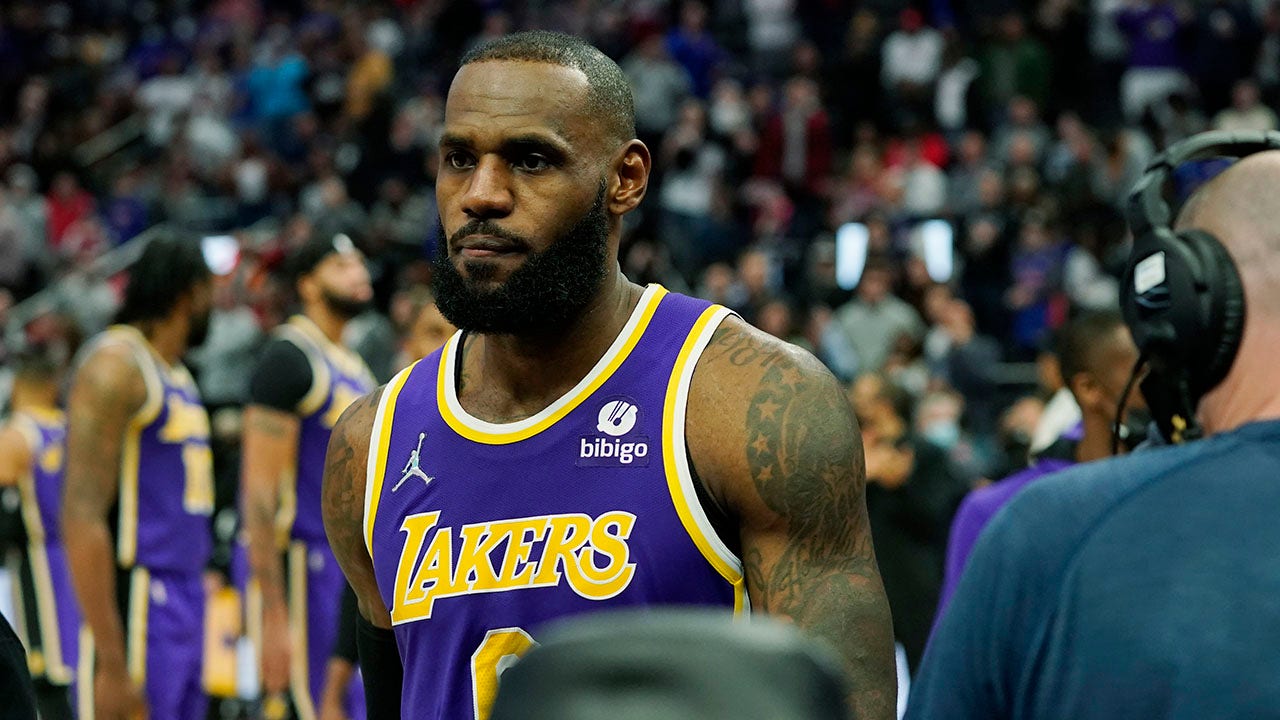 Los Angeles Lakers superstar LeBron James was suspended for one game, and Detroit Pistons second-year player Isaiah Stewart was suspended for two games for their roles during an incident in a game between the two teams on Sunday night.

It is the first suspension of James’ Hall of Fame career.

Detroit Pistons center Isaiah Stewart (28) is held back after a foul during the second half of an NBA basketball game against the Los Angeles Lakers, Sunday, Nov. 21, 2021, in Detroit.
(AP Photo/Carlos Osorio)

The league announced the suspensions on Monday. James will miss the Lakers’ game against the New York Knicks at Madison Square Garden, and Stewart won’t play when the Pistons host the Miami Heat on Tuesday and then travel to Milwaukee to face the Bucks on Wednesday.

The Lakers and Pistons will meet again on Sunday in Los Angeles.

DETROIT, MICHIGAN – NOVEMBER 21: Isaiah Stewart #28 of the Detroit Pistons is restrained after receiving a blow to the face by LeBron James #6 of the Los Angeles Lakers during the third quarter of the game at Little Caesars Arena on November 21, 2021 in Detroit, Michigan.
(Nic Antaya/Getty Images)

James drilled Stewart in the head with his elbow and hand while the two players were fighting for a rebound in the third quarter of Sunday’s matchup. Stewart started to bleed, went into a rage, and had to be held back by several teammates and coaches to keep him separated from James.

James was escorted off the floor. Stewart was also ejected from the game and had to be guided to the team’s tunnel. The game resumed with 9:18 to go in the third, and the Pistons held a 78-66 lead over Los Angeles.