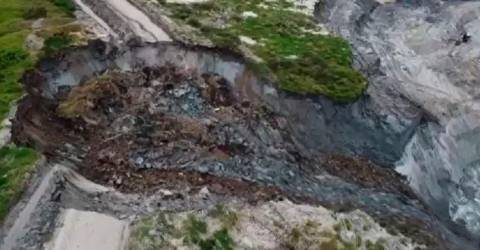 SHAH ALAM:The landslide incident at an iron ore mine in Labohan Dagang, Banting, today, which went viral on social media, did not involve any casualty.

Kuala Langat district police chief Supt Ahmad Ridhwan Mohd Nor @ Saleh said the investigation revealed that an excavator had been buried under the rubble while the driver, a foreigner, managed to escape.

“Police were informed by a worker that the incident occurred at about 1 pm. However, no casualties or injuries were reported,” he said in a statement.

Ahmad Ridhwan said that efforts to remove the excavator are underway, and the mining company will lodge a report today. – Bernama