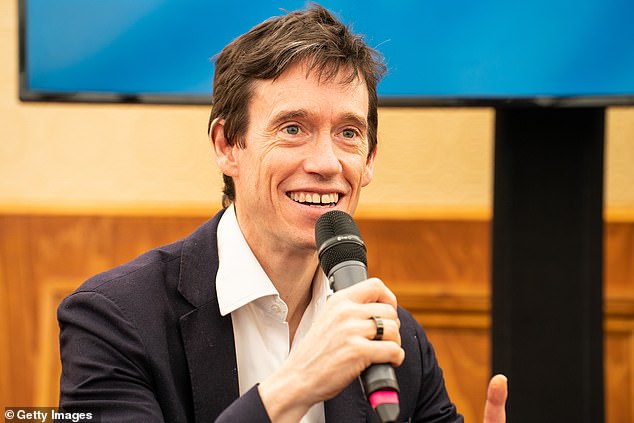 By Kumail Jaffer, Political Reporter For The Daily Mail

A large proportion of overseas aid handed out by the UK Government is ‘wasteful and paternalistic’, former international development secretary Rory Stewart has admitted.

A one-time Tory leadership hopeful who left the party in 2019, he said much of his time at the Department for International Development (Dfid) focused on the wrong way of helping poorer nations.

He said purchasing items for communities, rather than handing them cash, was ineffective.

A large proportion of overseas aid handed out by the UK Government is ‘wasteful and paternalistic’, former international development secretary Rory Stewart (pictured) has admitted

Admitting that ‘a lot’ of what he did in his ministerial role was a ‘waste of time’, Mr Stewart, pictured, told BBC Radio 4 yesterday: ‘Traditionally what’s happened is we have turned up and decided what’s best for that community.

‘At huge expense, we’ve flown wheat across from the US or Europe, we’ve bought people goats or bicycles… the most respectful and efficient way of helping people is to give them cash and let them decide what their own priorities are.’

He added: ‘A lot of what we did was quite wasteful and paternalistic, in retrospect.’

Mr Stewart, who now heads non-profit organisation GiveDirectly, spent almost three years in Dfid – later integrated into the Foreign Office – under Theresa May before a short stint as the International Development Secretary in 2019.

Last year the Government cut its annual aid budget from 0.7 per cent of gross national income to 0.5 per cent – though the UK remains one of the most generous foreign aid donors in the G7 group.

A Foreign Office spokesman said: ‘Our new international development strategy commits us to investing further, alongside the private sector, in science and technology led solutions, like digital cash transfers directly to those who need it. This will make life saving humanitarian responses faster and more effective.

‘We are rebalancing the aid budget towards our bilateral programmes, cutting back red tape and excessive bureaucracy and giving our Ambassadors and High Commissioners greater authority to get programmes delivering on the ground quickly, working more closely with our partners.’