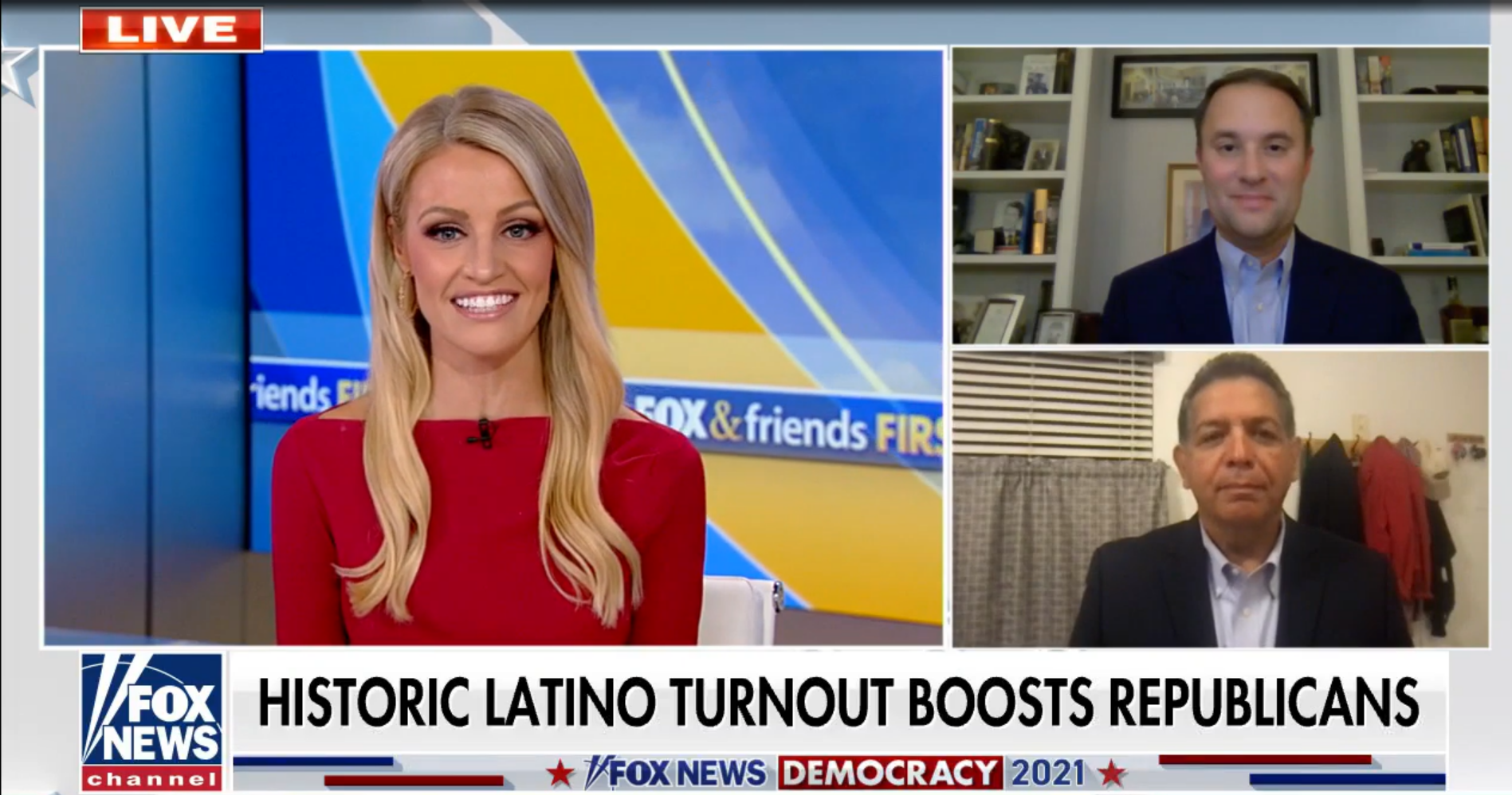 Jason Miyares is poised to become the first-ever Latino attorney general of Virginia, and John Lujan was elected to the State House in San Antonio from a majority Latino district. The pair joined “Fox & Friends First” on Thursday to discuss the victories and why they believe they were able to flip the seats.

Miyares, who is the son of a Cuban exile, explained how Virginians did not like the “liberal monopoly in Richmond,” emphasizing the importance of policing and economic policies amid rampant crime in the commonwealth.

“Virginia is a pretty independent-minded state,” Miyares stated. “What they saw was they saw this one-party control in Richmond that was pushing dangerous policies… So there’s a huge frustration there with Virginians in general.”

Virginia’s next attorney general mentioned the commonwealth is not the most business-friendly, and this is an issue important to the Latino community specifically.

“If you know anything about the Latino community it loves family, it loves faith, it’s also very much focused on entrepreneurship,” Miyares explained.

“I live in the middle of a Democrat district and a lot of people are just really disgusted by what’s going on at the border, at the gas prices, Afghanistan,” Lujan explained. “You’re right, Hispanics are traditionally faith, family, country… I’ve seen it as I go door to door.”

“People are just frustrated and they’re looking for good candidates and then realizing that we do have those values that relate better with the Republican Party.”

Border security and education, according to Lujan, remain an issue in the district, as he expressed his optimism in working with the governor to improve the community for all demographics.

“First thing to do is get in there and work with Governor Abbott and the Republicans to really strengthen our borders,” Lujan stated. “Then here, locally, education is the big thing that’s affecting a lot of our schools here on the city’s south side, in the middle of the Hispanic community, and we’re going to deal with it.”