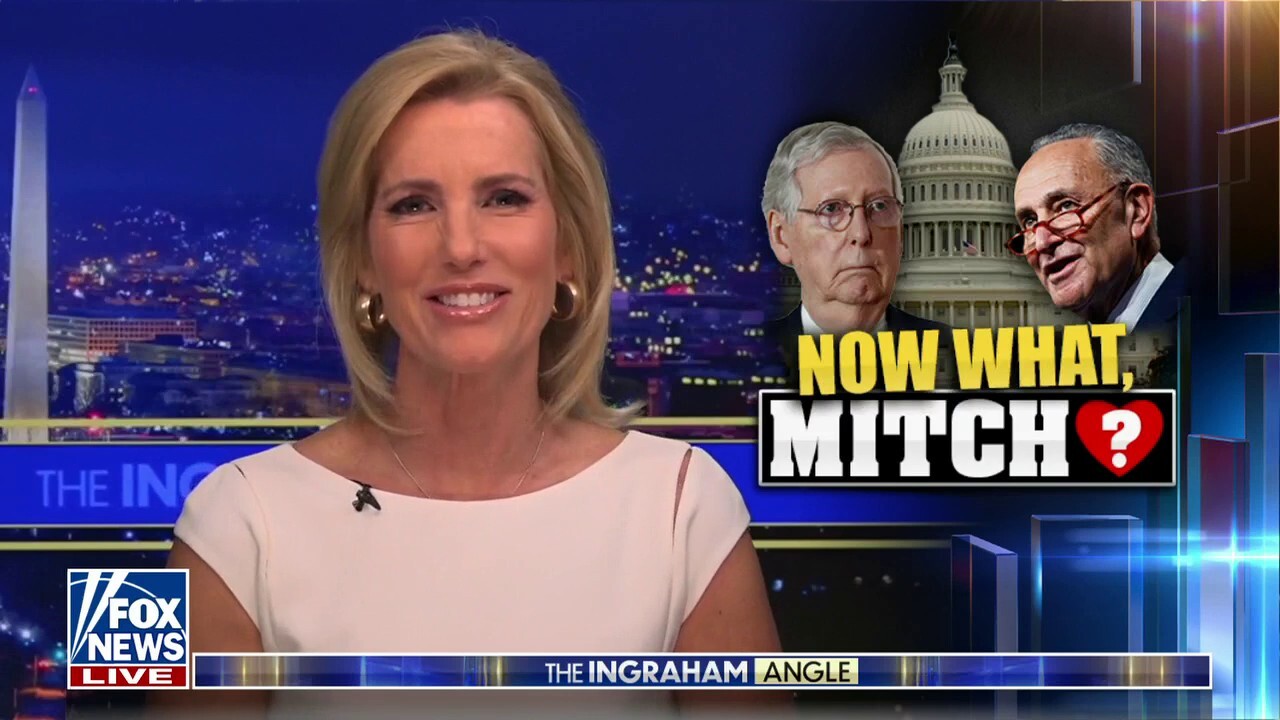 Fox News host Laura Ingraham unpacks why the Republican Party continues to elect the same leaders despite a disappointing midterm election on ‘The Ingraham Angle.’

Fox News host Laura Ingraham asked why the Republican Party elected Sen. Mitch McConnell for another term as Senate GOP leader despite a poor midterm performance on “The Ingraham Angle.”

LAURA INGRAHAM: Now what, Mitch? That is the focus of tonight’s Angle. Now, it’s time to celebrate Mitch McConnell for securing a ninth term as Senate GOP leader… Well, maybe not.

It must be pretty cool for Schumer and all of the liberals to see the GOP’s party leadership use Democrat talking points to lambast conservatives. Of course, the focus of McConnell’s ire is not the Bush, Cheney, Romney wing of the party that’s been losing since 2004. The focus of McConnell’s ire is the populist movement that rejects that. Let’s face it: Chuck does owe Mitch a heck of a lot. Eighteen Republicans led by McConnell made it possible for the Democrats to claim a bipartisan victory for that idiotic infrastructure bill.

And as the “Angle” predicted, it was the Goliath path for Biden’s climate change spend-a-rama. Now, let’s not forget the 15 Republican senators who helped Democrats pass a gun control bill this past summer. Now, how is it that Democrats rarely break ranks on big bills, but Republicans, they always seem to? But, I’ve got to say, that was yesterday. I don’t want to dwell on the past. Now Republicans want results. And they also want inspiring leadership — a blueprint for the future that is clearly articulated and reflective of the views of a majority of Republican voters. We’re also looking for fighters who fight as hard as the left, always united — united against the opposition’s agenda.