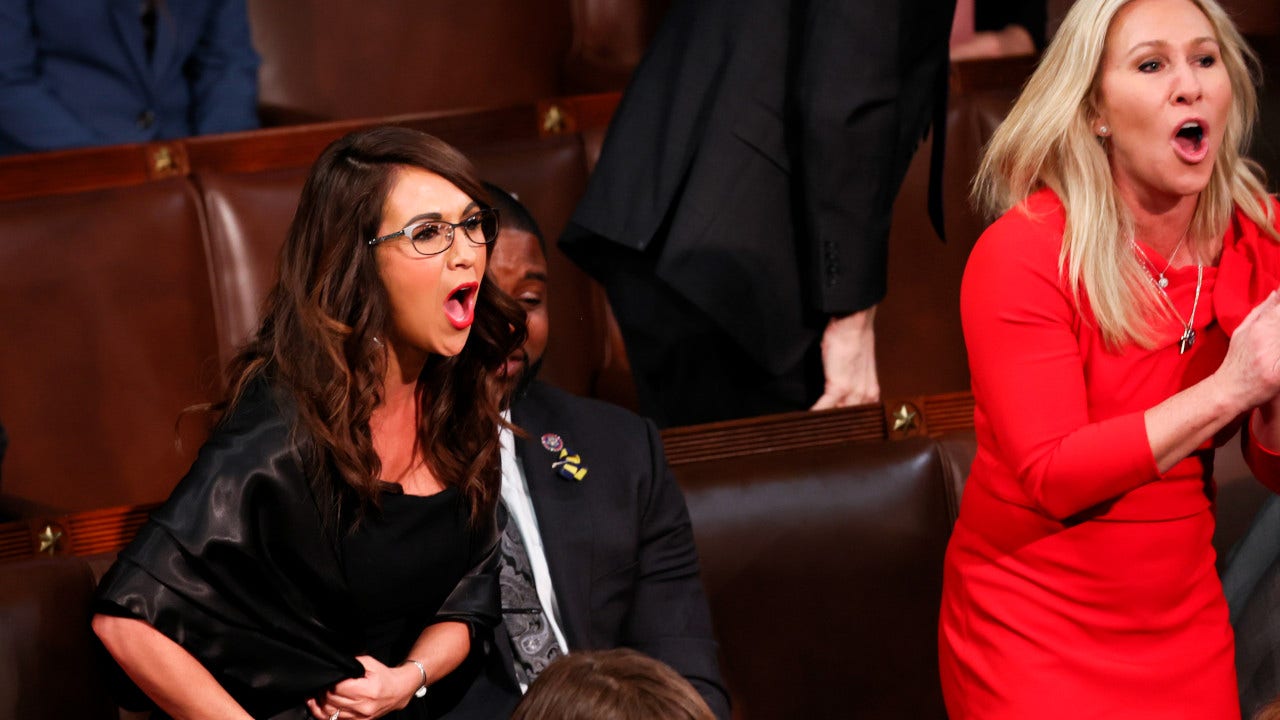 Rep. Lauren Boebert, R-Colo., has hit back at fellow firebrand Rep. Marjorie Taylor Greene, R-Ga., in a public spat over who House Republicans should support to be the next speaker of the House.

The two lawmakers, both Trump Republicans, are on different sides when it comes to House Minority Leader Kevin McCarthy, R-Calif., and his ambition to be the next speaker. Greene, a McCarthy ally, criticized Boebert Monday after the Colorado lawmaker was asked why she didn’t join Greene in support of McCarthy at a Turning Point USA conference in Phoenix.

“I’ve been aligned with Marjorie and accused of believing a lot of the things she believes in. I don’t believe in this just like I don’t believe in [Jewish] space lasers,” Boebert said, alluding to various QAnon conspiracy theories that Greene once espoused and later repudiated.

The Georgia lawmaker said that was a “cheap sound bite” and criticized Boebert for taking McCarthy’s money on the campaign trail but opposing him for speaker.

“Lauren refuses to endorse President Trump, she refuses to support Kevin McCarthy, and she childishly threw me under the bus for a cheap sound bite.”

Boebert fired back in a statement to the Daily Caller, criticizing Greene over her various controversies.

“I’ve been asked to explain MTG’s belief in Jewish space lasers, why she showed up to a white supremacist’s conference and now why she’s blindly following Kevin McCarthy, and I’m not going to go there,” Boebert told the outlet.

“The only person who can answer for Marjorie’s words and actions is Marjorie. Let me be very clear, I support President Trump. Period. President Trump is a friend and the leader of the Republican Party,” Boebert said.

Though the overwhelming majority of the GOP conference is backing McCarthy, Freedom Caucus dissenters have demanded guarantees that the House rules would change to decentralize power before lending him their support. Boebert is so far uncommitted ahead of the speaker vote.

With the GOP holding only a 222-seat majority, the hardliners claim they have the ability to prevent McCarthy from becoming speaker until he either agrees to their demands or another candidate emerges.

McCarthy allies have insisted the Freedom Caucus effort is futile.

“Eighty-five percent of the Republicans voted for Kevin McCarthy to be the next speaker, 15% voted for Andy Biggs, and by doing what they’re doing, the five or six people holding out, it just takes five to derail this because we need 218 votes, you know, roughly, to get Kevin McCarthy in the speakership,” Rep. Don Bacon, a moderate from Nebraska, told Fox News earlier this month.

He said that “about 95%” of House Republicans are with McCarthy.