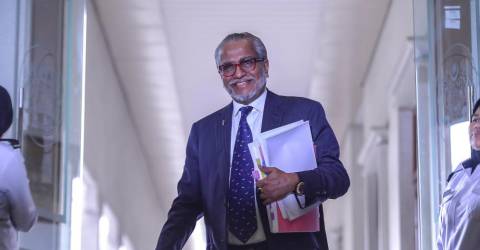 Judge Datuk Muhammad Jamil Hussin made the ruling after finding the prosecution failed to prove a prima facie case against Muhammad Shafee, 70, at the end of its case.

On Sept 13, 2018, Muhammad Shafee pleaded not guilty to receiving proceeds from unlawful activity via cheques issued by Najib, which were remitted into Muhammad Shafee’s CIMB Bank Berhad account.

Muhammad Shafee was also charged with two counts of engaging in transactions resulting from illegal activities, namely submitting incorrect tax returns, which is in violation of paragraph 113 (1) (a) of the Income Tax Act 1967 for the financial years ending Dec 31, 2013, and Dec 31, 2014. – Bernama