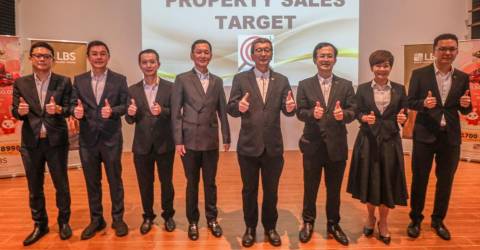 He said that it was achieved due to the project locations, marketing campaigns and government incentives (such as the Keluarga Malaysia Home Ownership Initiative) which boosted up sales.

The group seeks to maintain their performance in 2022 by raising their property sales target to RM2 billion in 2023, but noted the global uncertainties faced were due to the ongoing Russia-Ukraine war and US Fed interest rate hikes.

“We are confident that we can achieve it because the environment is better now. The economy this year may not be as good but it is still stable, as far as Malaysia is concerned because we are a small economy, small country,” he told reporters during its Media Briefing 2023 today.

He added that the group has handed over vacant possession of 2,957 units worth RM1.27 billion.

Meanwhile, the group announced its plans to launch 12 new projects in 2023, which will cover the Klang Valley, Johor, Pahang and Perak states, with a total gross development value (GDV) of RM 2.09 billion and 4,021 cumulative units.

“There is much to look forward to as we aim to launch properties worth a total RM2.09 billion in GDV across various states. We are committed towards ensuring our properties continue to remain attainable to prospective homebuyers,” he said.

Lim added that he expects Klang Valley to remain as the major contributor this year but encourages sales in the Pahang state which last year contributed the second highest sales at 5%, followed by Johor and Perak at 3% and 2% respectively.

On outlook, he said that the group is cautiously optimistic on the property industry this year, as it expects market volatility to continue.

“Very careful about that but we are confident we can achieve RM2 billion. We also look into the current market sentiments that hopefully the new government will bring more direct investment, despite the interest rate hike.

“We expect economic and market volatility to remain. The common property developers’ challenges are that the nation is set to witness labour shortage, interest rate hike and increase in raw material cost. Nevertheless, with more than three decades worth of property development masteries, we are ever ready to embrace any changes that come our way. Hence, we have carried out strategic planning and discussions to ensure we navigate 2023 cautiously and on a steady footing as we look to maintain our performance,” he said.

In addition, it has unbilled sales of about RM2.46 billion, expected to provide clear earnings visibility over the next two to three years.

The group aims to continuously reward its shareholders in accordance with its dividend policy, which is to pay out 30% of the profit after tax and non-controlling interest.