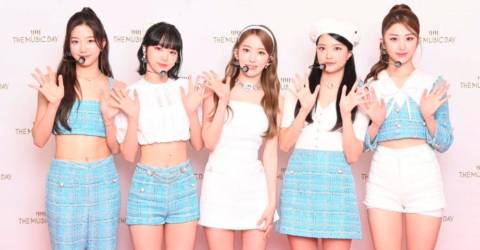 WEEKS after LE SSERAFIM member Kim Garam was announced to be “taking a break from all group activities” following her recent bullying scandal, it appears that the other members are determined to continue on as a quintet – at least unofficially.

On Saturday, the group made its Japanese television debut on The Music Day, performing the hit single Fearless with revised choreography to accommodate the current line up.

The group has been doing promotions with just five members – Sakura, Eunchae, Chaewon, Kazuha, and Yunjin – ever since May 22 when they made their first Korean TV music debut on Inkigayo. This was following a statement released by the group’s agency HYBE Labels/Source Music stating that Garam would be taking a temporary break from promotional activities after several former high school classmates accused the 16-year-old of bullying them.

While the group’s agency Source Music has remained mum on Garam’s future with the group, netizens have been vocal about keeping her out of the group, as the potential for further scandals is “too high”.

In addition, many have reacted positively to the remaining line up, saying that the dance choreography works better with five members.