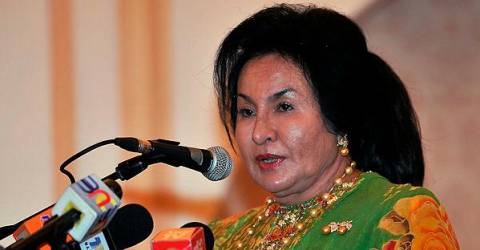 “We have filed an affidavit to confirm that after an inspection by a Global Royalty representative on Oct 25 to Nov 3 at the Bank Negara Malaysia (BNM) vault, only one diamond bracelet belonging to Global Royalty was found from 44 pieces of jewellery which were claimed by Datin Seri Rosmah.

“Previously, we withdrew the civil suit filed against her (Rosmah) in 2019 because we needed to confirm if the 44 jewellery pieces were at BNM or not … so, we will re-file the civil suit because we believe 43 pieces of jewellery are still in her custody,” said the lawyer.

Gurupatham said based on the consignment memorandum, Rosmah would have to pay the total price of the jewellery if she did not return it to Global Royalty.

The jewellery was among various items seized by the police from the premises belonging to Obyu Holdings Sdn Bhd at Pavilion Residences in May 2018, which were allegedly linked to the 1Malaysia Development Berhad (1MDB) financial scandal.

Meanwhile, Gurupatham said the court had fixed May 23 to 27, 2022, for the hearing of claims for forfeiture of other items seized at the Obyu Holdings premises including jewellery, watches and handbags as well as spectacles.

“It also includes a diamond bracelet worth USD 220,000 belonging to Global Royalty, which was found during an inspection at BNM,“ he said.

In 2019, the prosecution had filed a forfeiture application against Obyu Holdings to seize various items including 11,991 units of jewellery, 401 watch straps and 16 watch accessories, 234 pairs of spectacles and 306 handbags as well as cash in various denominations amounting to RM114,164,393.44.