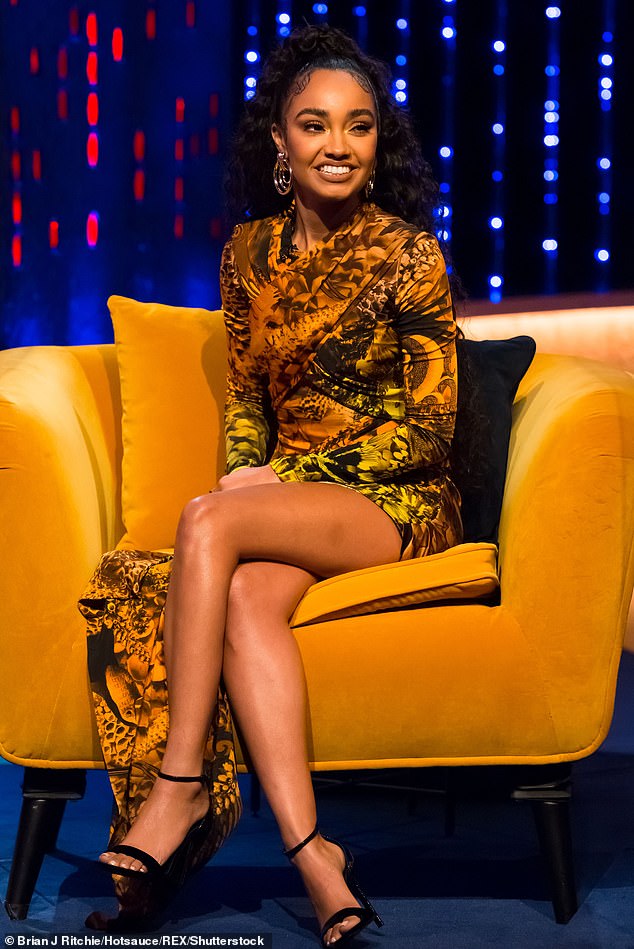 ‘I feel invisible and overlooked’: Leigh-Anne Pinnock claims she has to work 10 times harder to mark her place in Little Mix because she’s black and says her talent alone is not enough

Little Mix star Leigh-Anne Pinnock has said she feels ‘invisible’ and ‘overlooked’ as a black woman in the band.

Speaking to The Observer, the 29-year-old claims she has to ‘work 10 times harder and longer to mark her place in the band because her talent alone is not enough.’

She also described her fiancé Andre Gray as her ‘backbone’ when dealing with issues on racism.

‘I feel invisible and overlooked’: Leigh-Anne Pinnock claimed she has to work 10 times harder to mark her place in Little Mix because she’s a black woman (stock image) 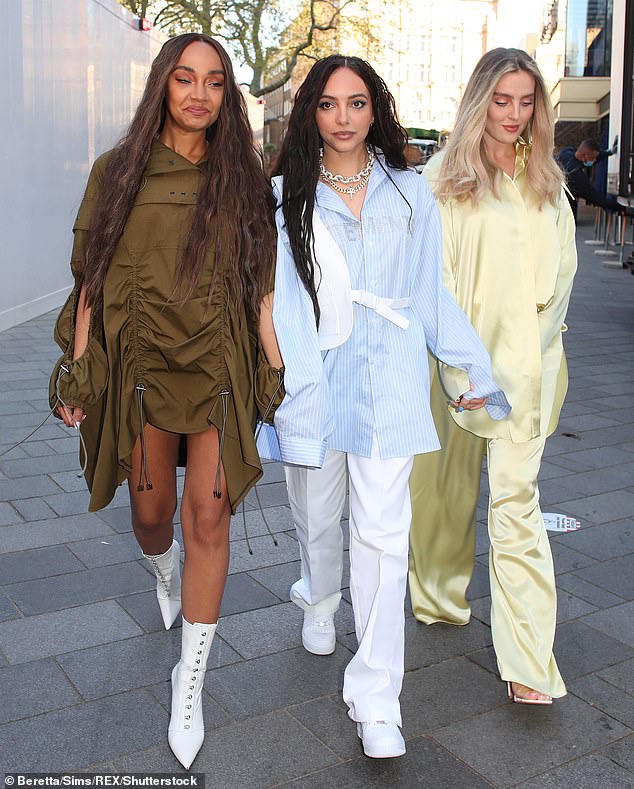 Trio: Leigh-Anne admitted she always feels like she’s the ‘least favoured’ of the girl group because of her race (pictured on April 30)

She said: ‘Andre is my backbone. If I didn’t have someone like that through this experience, I don’t know what I would have done. We’ve always had amazing talks about [experiencing racism], from when we’ve met. I love how pro-Black he is. It’s inspiring for me.’

The singer also said that there was only ‘so much’ she can take of being the ‘invisible one’ or of being overlooked by people.

She added: ‘There’s only so much you can take of feeling like you are the invisible one, or you’re being overlooked. There had to come a point where I see this as my power and I now do. It is. Being Black is my power. And I want young Black girls around the world to see that.’ 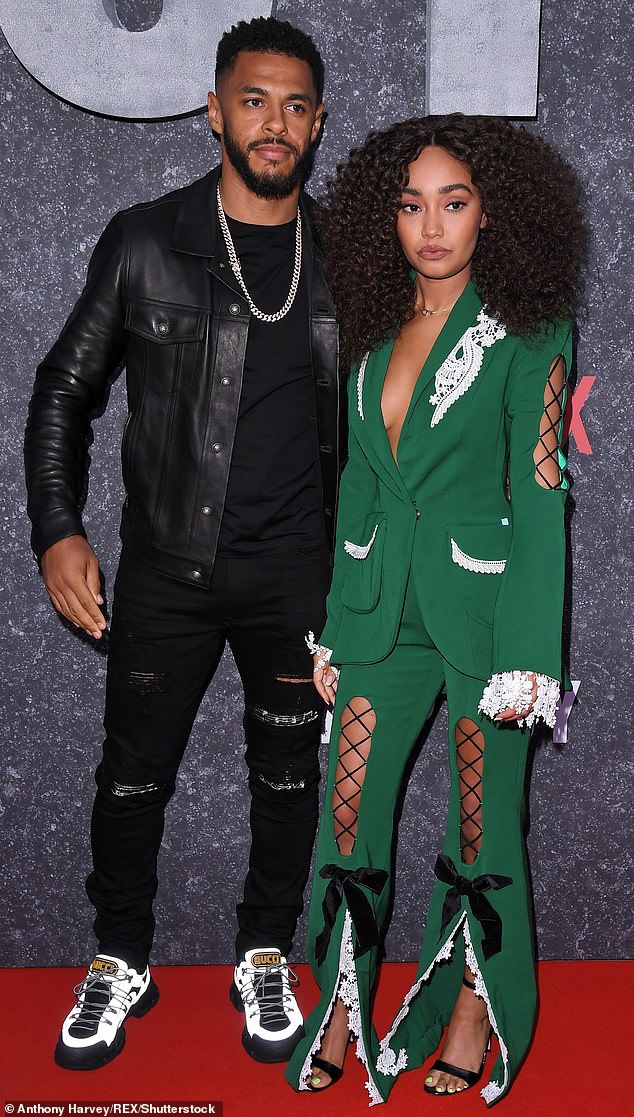 Power couple: Leigh-Anne described her fiancé Andre Gray as her ‘backbone’ who engages in ‘amazing talks’ about their experiences of racism

Leigh-Anne admits she always feels like she’s the ‘least favoured’ of the girl group because of her race.

She shared: ‘I sing to fans who don’t see me or hear me or cheer me on. My reality is feeling anxious before fan events or signings because I always feel like I’m the least favoured. My reality is constantly feeling like I have to work 10 times harder and longer to mark my place in the group.’

She added that she didn’t feel like she was able to earn her place in the band on purely her talent alone. 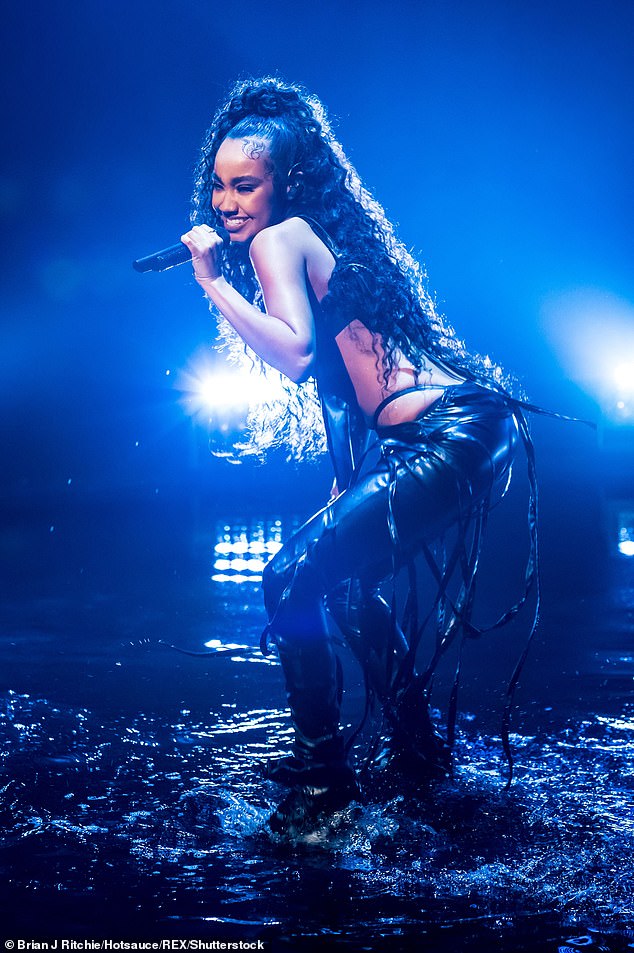 Performer: She said that ‘being Black’ is her superpower and that she wants other girls of colour around the world to be able to see that

Leigh-Anne’s comments come after Little Mix admitted they hadn’t yet listened to bandmate Jesy Nelson’s new music, as they kicked off promotions as a trio for their new single.

The group said that they ‘couldn’t force’ Jesy to stay when she decided to leave last year and admitted it had been ‘a shift’ getting a grips to performing without her.

During a guest appearance on Capital FM, Perrie, Jade and Leigh-Anne discussed how they’ve adjusted to being a trio since Jesy’s departure.

Jade said: ‘Yeah. I think, you know, if someone’s heart isn’t in it anymore and they don’t want to do it, we would never… we’re never going to force each other to do anything we don’t want to do, and we supported that decision.’

‘And yeah, it is, it was very strange thinking about doing this as a three but we weren’t ready to give it up. Yeah, so we support whatever Jesy’s decision is, and that’s that really.’

Roman Kemp then asked whether they had listened to any of Jesy’s new music, after the singer shared social media snaps revealed she was back in the studio. 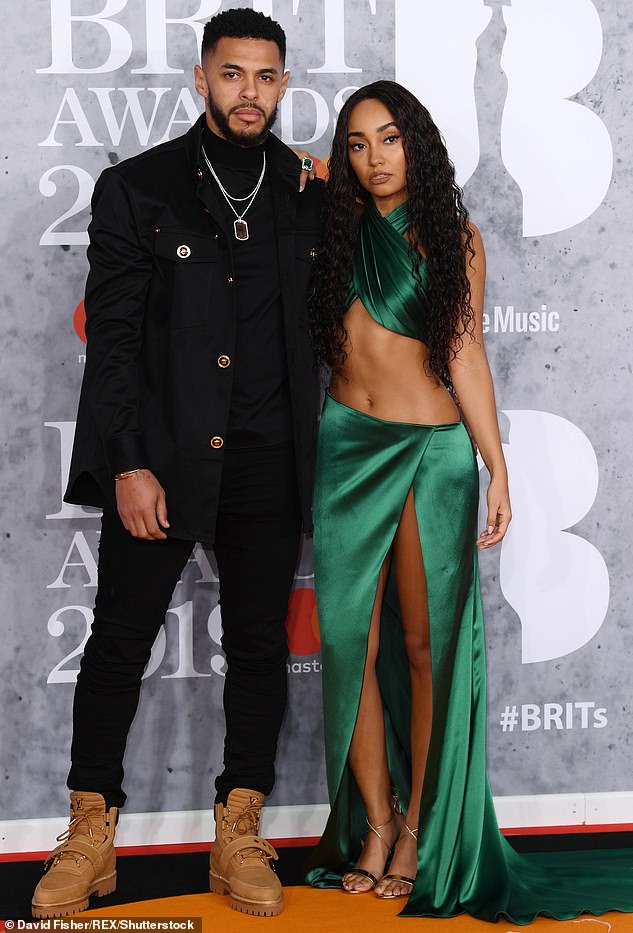 Support: Leigh-Anne admits she always feels like she’s the ‘least favoured’ of the girl group because of her race