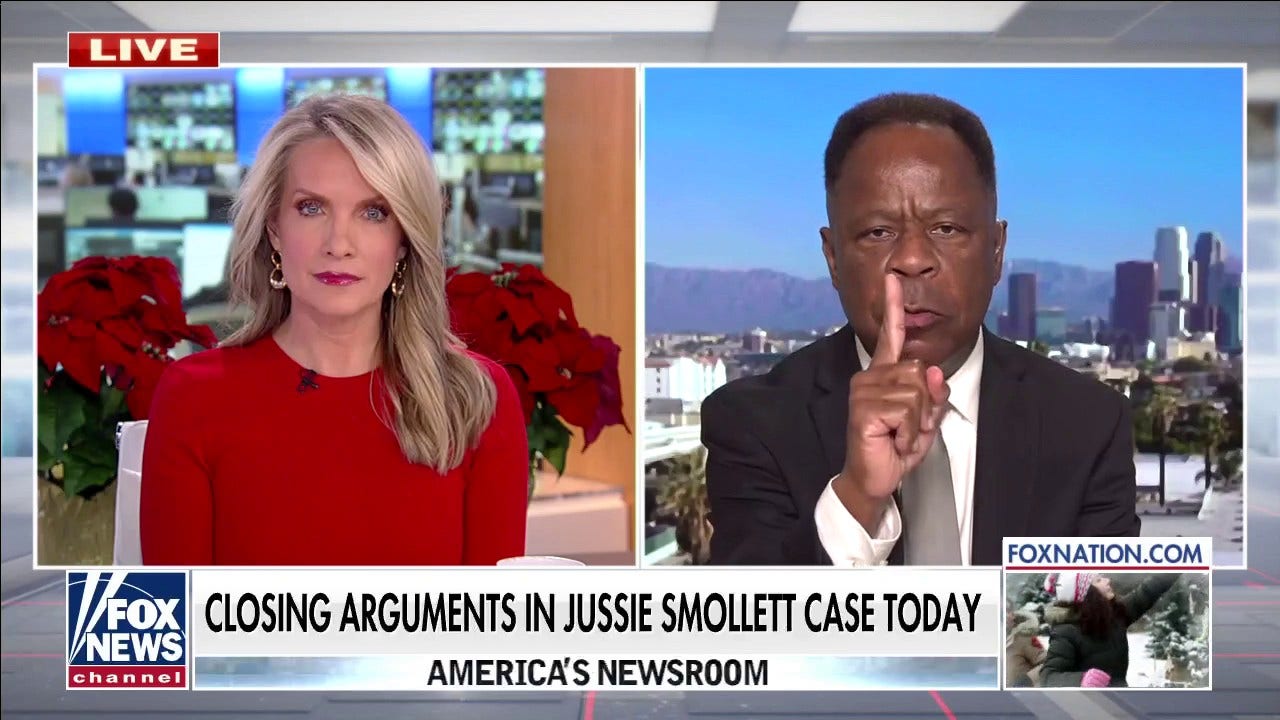 While media pundits are under scrutiny for defending Jussie Smollett during his trial, Civil Rights Attorney Leo Terrell told “America’s Newsroom” Wednesday that the left is “embarrassed” about the case, and ‘does not care about the truth.’

LEO TERRELL: They’re embarrassed. You look at that interview Robin Roberts did. It was embarrassing, and she won’t even acknowledge it. Don Lemon is trying to cover the story, yet he had personal involvement. The left does not care about the truth. It is their narrative.

They wanted an anti-Trump to divide this country based on race, and it is shameful, and it is overwhelming evidence that when the left does not get what they want, they will ignore it… That’s what they are doing. They are ignoring this trial because they were absolutely wrong.