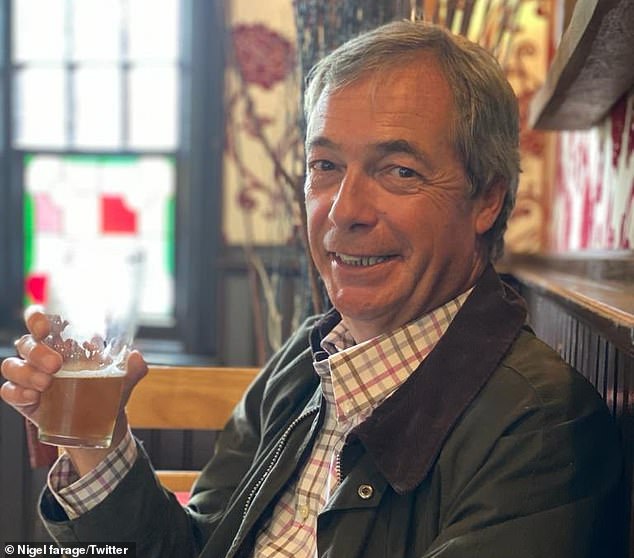 Nigel Farage was at the centre of a pub lockdown row last night – after Lib Dem leader Ed Davey asked police to investigate if he broke quarantine rules.

Mr Farage, 56, had proudly posted a picture online of himself at Saturday lunchtime holding a pint and declaring ‘12 o’clock, first customer in. Love it.’

But critics weighed in on the former UKIP leader and said he had been in America on June 20, questioning whether he should still be in quarantine.

The row took a surprising turn minutes later when acting Lib Dem leader Ed Davey reported him to Kent Police and asked them to investigate. 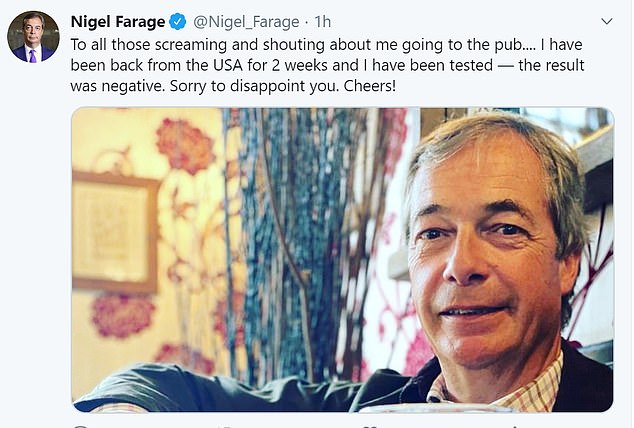 Nigel Farage had tweeted a picture of himself enjoying his first pint in a pub, but things turned sour when Lib Dem leader Ed Davey asked police to investigate if he had broken quarantine rules

It prompted an immediate slapdown from pro-Brexit campaigner Mr Farage who insisted he had back for a fortnight so it was fine.

He declared: “To all those screaming and shouting about me going to the pub.

“I have been back from the USA for 2 weeks and I have been tested — the result was negative.

“Sorry to disappoint you. Cheers!”

Mr Farage was among many in England who had taken the opportunity to go to the pub as they reopened on ‘Super Saturday’ as part of lockdown easing.

The radio host and Brexit Party leader had posted on his Twitter feed a picture of himself wearing sunglasses in America on June 20. 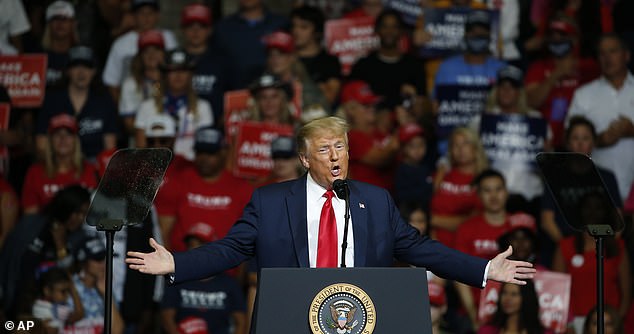 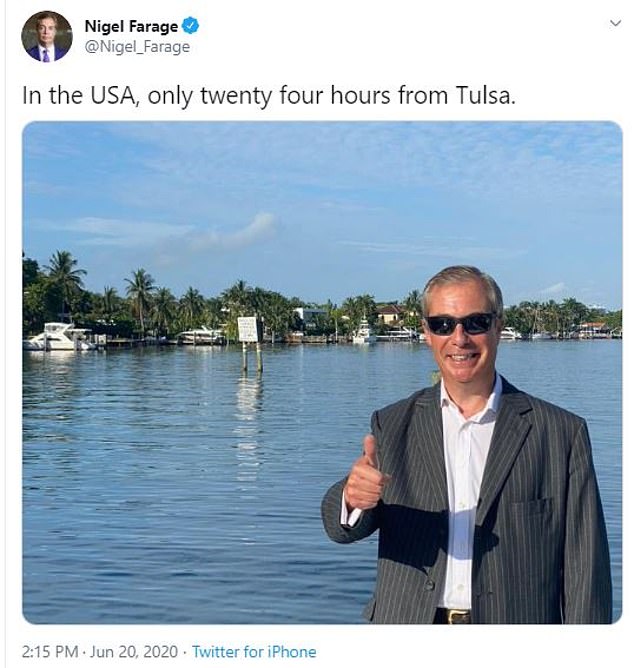 He was broadly grinning and giving the thumbs up, beside a caption saying “In the USA, only twenty four hours from Tulsa.”

Ed Davey MP, the acting leader of the Liberal Democrats, wrote to Kent Police asking them to investigate whether Mr Farage had broken roles.

He said: “There are clearly serious questions to answer for Nigel Farage. It is clear from his social media posts that he was in America on 20 June, and he was pictured at a Trump rally that evening.

“Given the current requirements for visitors returning to the UK to isolate for 14 full days on their return, Nigel Farage appears to be in violation of the quarantine.

“It is a responsibility of everyone to take the lockdown requirements seriously in order to stop the spread of the virus.

“By choosing to go to the pub when it appears he should have been staying at home, Mr Farage is showing a flagrant disregard for the safety of people in his community.”

He had travelled to Oklahoma to attend a rally for Donald Trump in Tulsa, which took place on June 20.

Quarantine rules in England at the time he returned state even if people test negative they have to stay in isolation for 14 days.