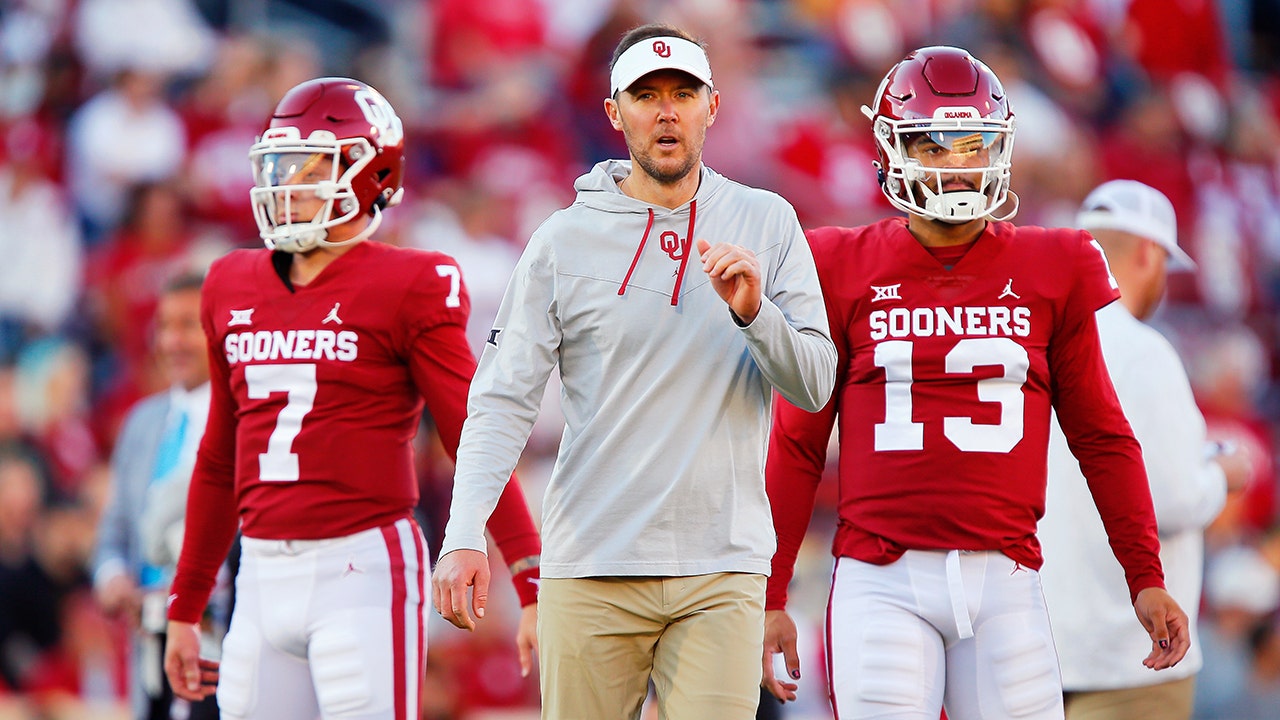 Former Oklahoma Sooners head coach Lincoln Riley is heading to California to become the newest coach for the USC Trojans, and while his contract details aren’t confirmed, here’s what is speculated.

The former Sooners coach — who replaced national champion Bob Stoops after five years in Norman — is rumored to bring in $110 million.

Oklahoma head coach Lincoln Riley talks with his players during the second half of an NCAA college football game against Oklahoma State, Saturday, Nov. 27, 2021, in Stillwater, Okla.
(AP Photo/Sue Ogrocki)

USC is reported to be buying both his homes in Norman for $500,000 over asking, adding up to a $1 million bonus; buying a $6 million home for their new head coach in Los Angeles; and allowing unlimited use of the private jet 24/7 for him and his family, according to the tweet.

USC has not officially released figures or terms on how much Riley will earn or of the agreement — and as a private university they may never release them — but for now, this is what the Internet is speculating.

According to Sports Illustrated, Riley’s Oklahoma contract annual salary amounted to $45.21 million over six years — he had previously been signed to a five-year, $32 million deal in 2019 before inking a new six-year deal in July 2020 that included a two-year extension to keep him in Norman through 2025.

The program is still on the hook for former head coach Clay Helton‘s buyout of more than $10 million after USC fired him in September following a crushing 42-28 loss to Stanford, per Sporting News.

SI reports the timing of his departure was of interest because a source told SI Sooners last week that Oklahoma was working on a significant raise and contract extension for him, and that was expected to be announced as early as this week.

FILE – Then Oklahoma head coach Lincoln Riley yells to his team before a play during the first half of an NCAA college football game against TCU, Saturday, Oct. 16, 2021, in Norman, Okla.
(AP Photo/Alonzo Adams, File)

USA Today reports Riley’s time at Oklahoma featured four Big 12 titles and three appearances in the College Football Playoff. All of his postseasons ended with losses in the semifinals, though. The first to Georgia in 2017, and a pair of blowouts to Alabama in 2018 and also LSU in 2019.