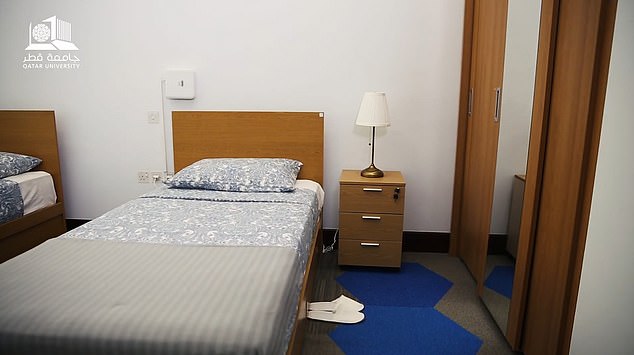 EXCLUSIVE: Lionel Messi and his millionaire Argentina team-mates shun Qatar’s 5-star hotels to stay in STUDENT HALLS at the World Cup – so they have plenty of room to host traditional beef barbecues!

By Vivek Chaudhary In Doha For Mailonline

Lionel Messi and his Argentina team mates have forsaken five-star luxury for student digs so that they can enjoy traditional beef barbecues in their quest to land the World Cup.

Messi and the Argentina squad arrived in Doha in the early hours of Thursday morning but unlike their rivals who are staying in some of the city’s plushest hotels, the Argentines headed straight to their more modest accommodation in the student halls of Qatar University.

The surprise decision to stay there was taken after Argentine football officials decided that the expansive campus would allow them to organise mouth-watering asados, traditional barbecues that are one of the country’s culinary delights. 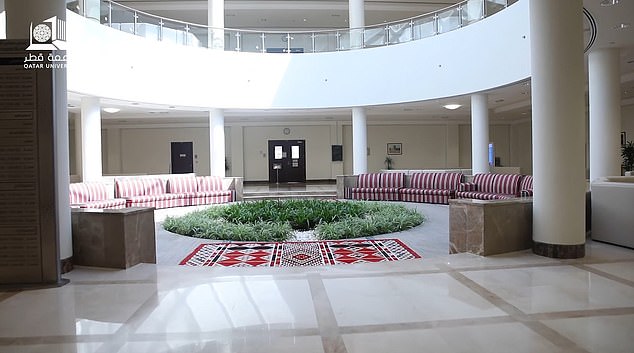 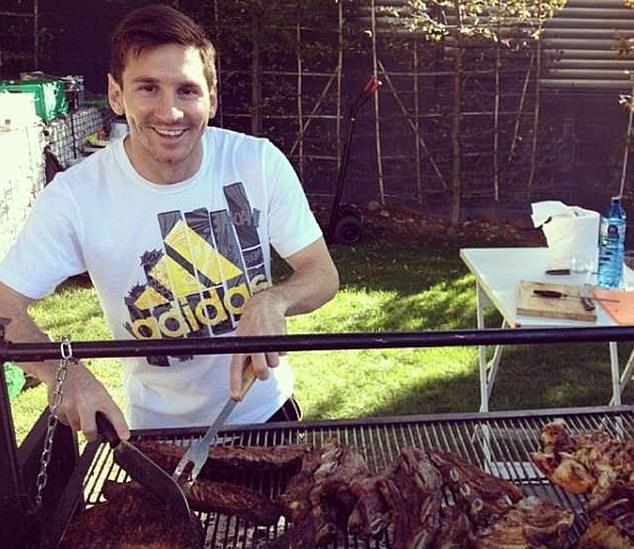 Argentina hero Leo Messi is pictured enjoying an asado, which is a gathering of family and friends where traditionally-cooked Argentine beef is barbecued

A special barbecue area has been built on the grounds of the university for the asados, allowing Messi and his pals to enjoy a variety of mainly beef steaks and sausages which will be cooked in the traditional Argentine way and only lightly coated with coarse salt.

The sumptuous meat is usually accompanied by a simple salad and wine, although Messi and his men are likely to be under strict orders not to overdo the latter. 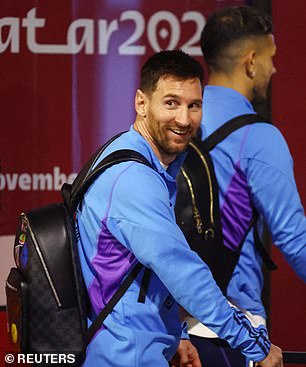 Messi, 35, and his team-mates kick-off their World Cup against Saudi Arabia on Tuesday

Beef from the South American country considered the finest in the world has also been flown to Qatar for the Argentina team, who are amongst the World Cup favourites. A special asado chef will also be on hand to ensure that it is cooked just as it would be in Argentina.

A source from the Argentina Football Association told MailOnline: ‘We visited the campus several times and chose it because not only does it have great facilities but it also has open air space for asados.

‘This is very important to the players and Argentines in general, it’s part of our culture. We want to make them feel at home while they are in Qatar and the best way to do this is to make sure that they get a taste of home while focusing on the football.’

He added: ‘You could say other teams have opted to stay in more luxurious accommodation but our team is the best in the world which also deserves the best beef. Our focus is to win the World Cup, not the quality of the hotel we are staying in.’ 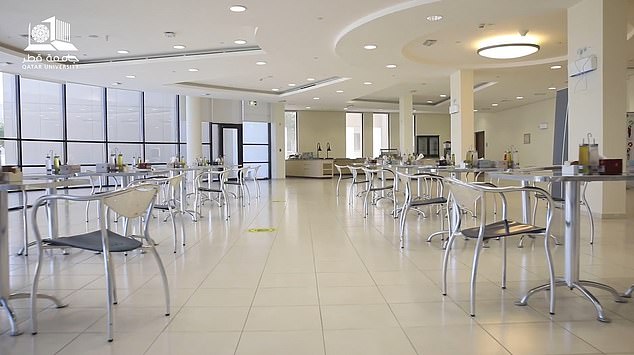 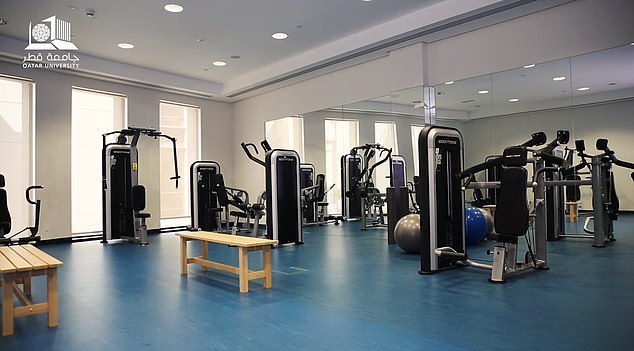 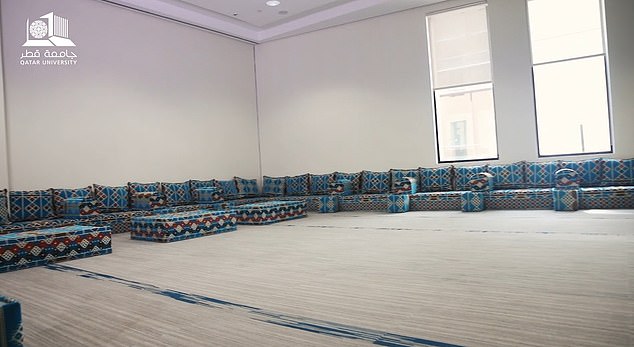 The section of the Qatar University campus housing the Argentina team is made up of 90 rooms, has state of the art sports facilities, an Olympic size swimming pool and its own 10,000 capacity football stadium.

Situated on the outskirts of Doha, it is considered one of the leading universities in the region and was founded in 1973.

Students at British universities would no doubt consider its campus facilities to be first class but in World Cup terms Messi’s men are staying at the budget end of the accommodation scale.

England are lapping it up in the luxurious five-star Souq Al Wakra, which enjoys a variety of fine dining options and has rooms and suites that feature thatched roofs. 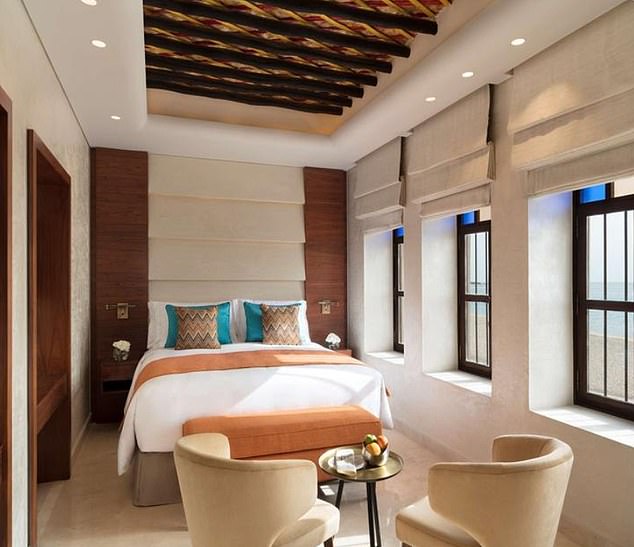 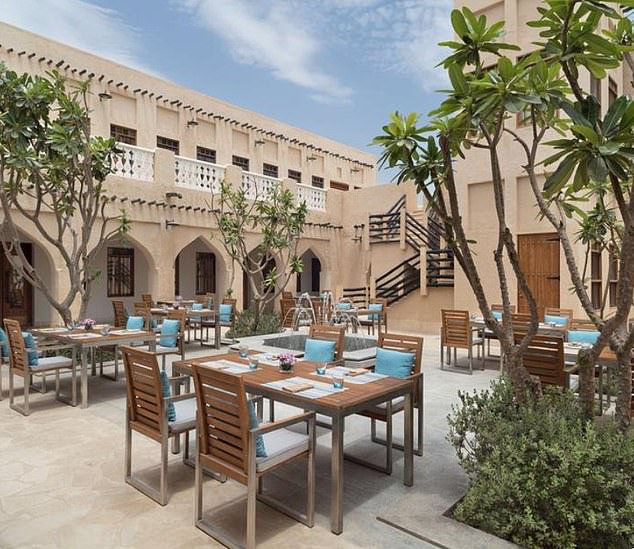 The hotel enjoys a wide variety of fine dining options, with opulent suites and rooms available

England’s group rivals Wales are staying in the Delta Hotels City Centre Doha, one of the city’s newest hotels which boasts stunning rooms and a number of five-star restaurants.

The US are arguably enjoying the World Cup’s most luxurious stay, enjoying the delights of the hotel Marsa Malaz Kempinski which is located on the man-made Pearl Island, one of Qatar’s most exclusive areas.

Guests can pay anything up to £15,000 per night for a room with suites coming with their own butler, a limousine service and private jacuzzi.