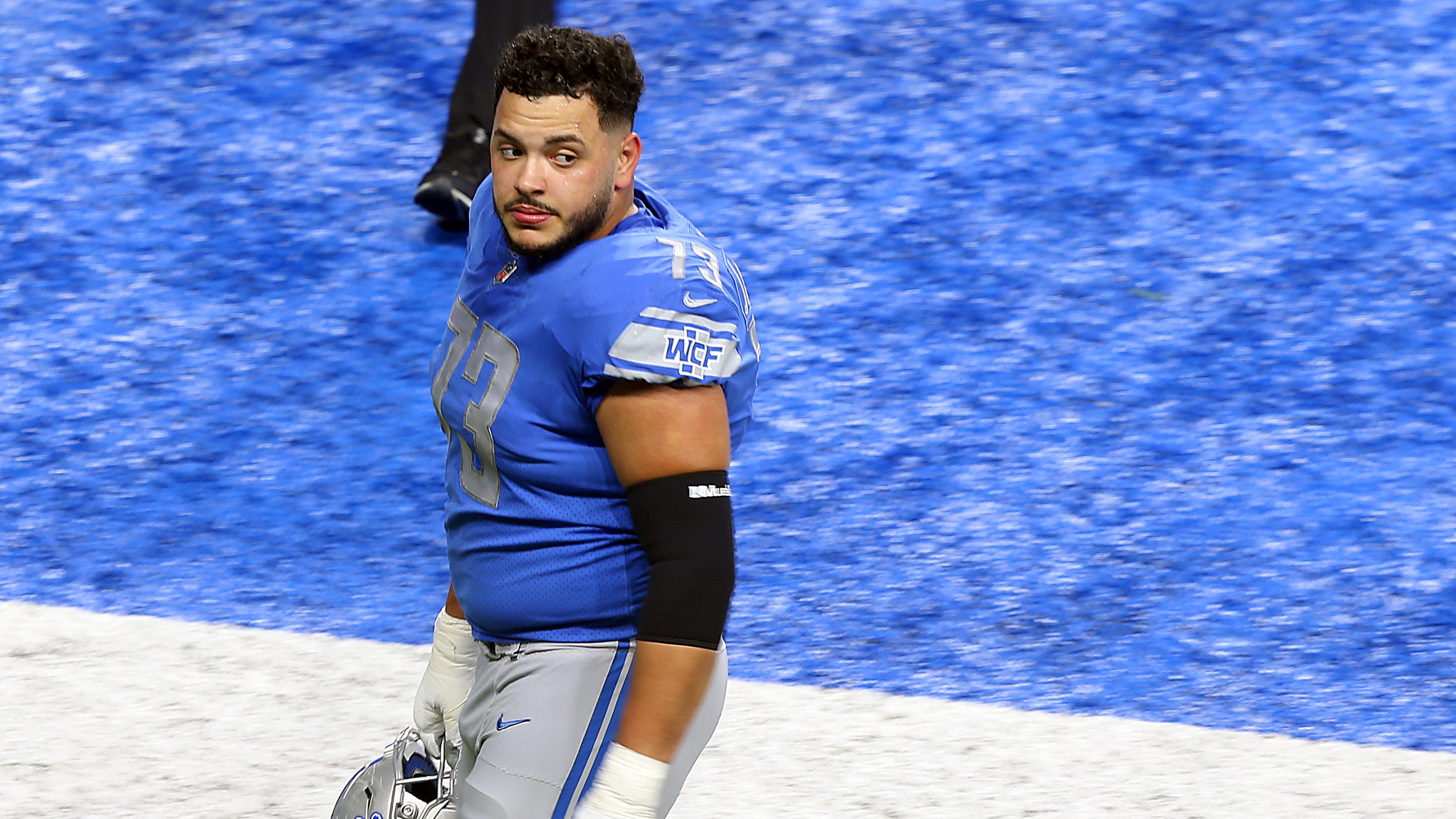 The NFL has come down hard on taunting this season, and on Sunday Detroit Lions offensive lineman Jonah Jackson was given a costly unsportsmanlike conduct after insulting Cleveland Browns defender Jadeveon Clowney’s mother.

Lions coach Dan Campbell told reporters after the game that both sides were going at it late in the third quarter when “something about somebody’s mother” was said.

“I don’t know what to tell you,” he said, via the Detroit Free Press. “It was something that is said. It was something about somebody’s mother, OK? And there was a lot of talking going on out there, but so it was a penalty.”

Cleveland Browns defensive end Jadeveon Clowney (90) at the line of scrimmage during the first quarter of the National Football League game between the Detroit Lions and Cleveland Browns on November 21, 2021, at FirstEnergy Stadium in Cleveland, OH.
(Getty Images)

D’Andre Swift rushed for 13 yards for a first down, but after Jackson was flagged for unsportsmanlike conduct, Detroit opened the fourth quarter first-and-25 from their own 43 and was unable to convert for a first down, trailing 13-7.

Jadeveon Clowney #90 and Anthony Walker #4 of the Cleveland Browns celebrate a sack by Clowney during the second quarter against the Arizona Cardinals at FirstEnergy Stadium on October 17, 2021 in Cleveland, Ohio.
(Nick Cammett/Getty Images)

Detroit Lions offensive guard Jonah Jackson (73) walks off the field after warmups prior to the first half of an NFL football game between the Detroit Lions and the Minnesota Vikings in Detroit, Michigan USA, on Sunday, January 3, 2021.
(Amy Lemus/NurPhoto via Getty Images)

The Browns held on to avoid an upset and keep the Lions winless with a sloppy 13-10 victory as the NFL added another taunting no-no to its already long list of unacceptable behavior.