By Anthony Cummings For The Daily Mail

Welsh author Alys Conran ought to turn heads with this quietly brilliant novel narrated by three women and set between present-day Britain and colonial India.

A retired scientist, Magda, needs round-the-clock care in her seaside home in Wales as her mind roams back to her childhood under the Raj.

Her memories of her mother, Evelyn, who uprooted herself to follow a philandering imperial official, are intercut with the story of Magda’s carer, Susheela, who has Bengali roots.

She’s dazed by the double-whammy of her mother’s death and the discovery that she’s carrying the child of her ex-squaddie boyfriend Ewan, who’s just dumped her amid his own trauma.

When Magda, during one of her reveries, mutters a racist comment in Susheela’s earshot, it lights a slow-burn narrative in which teasing omissions keep you rapt.

Bringing to life the nitty-gritty of her cast’s diverse experiences, Conran manages that elusive feat — a truly convincing state-of-the-nation novel. 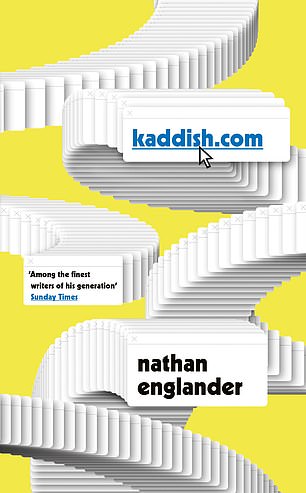 U.S. author Nathan Englander left his comfort zone in 2017’s Dinner At The Centre Of The Earth, a spy caper with a tentacular plot involving undercover Mossad agents and smuggling in Gaza.

The focus in his new book — a wry, whip-smart comedy about Jewish identity — is narrower, and much sharper for it.

Larry, a secular Brooklynite of Orthodox stock, has decided to outsource his duty to pray daily for the soul of his recently deceased father to an Israeli website advertising mourners for hire.

This is in 1999 but, as Englander cuts to the present, we see that the episode has reignited Larry’s faith — to the extent that he’s now regretful and wants to trace his stand-in, with predictably troubling results.

A clever novel that finds an innovative way to stage the clash between sincere religious conviction and the sceptic’s fear that it’s a gigantic con trick, with airtime given to both points of view. 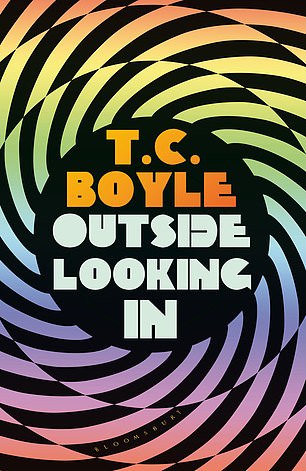 Has T. C. Boyle’s reputation fallen victim to his work ethic? He publishes so much, of such variable quality, that he perhaps isn’t as highly regarded as he might be.

At his best he has a knack for grungy ecological thrillers of off-grid survivalism. He’s also fond of basing novels on real-life American luminaries, which is what he does here with a story centred around Sixties psychedelic guru Timothy Leary.

It shows Leary through the eyes of a Harvard doctoral student, Fitz, who joins him in Mexico to meddle with mind-altering drugs, bringing his wife and teenage son along for the ride.

While an air of duty hangs over parts detailing Leary’s story and the rise of LSD — less of a trip, more of a trudge — the story takes flight as a kind of pitch-dark sex comedy.

The chains of domesticity are relentlessly stress-tested by the no-holds-barred environment in which Fitz finds himself.