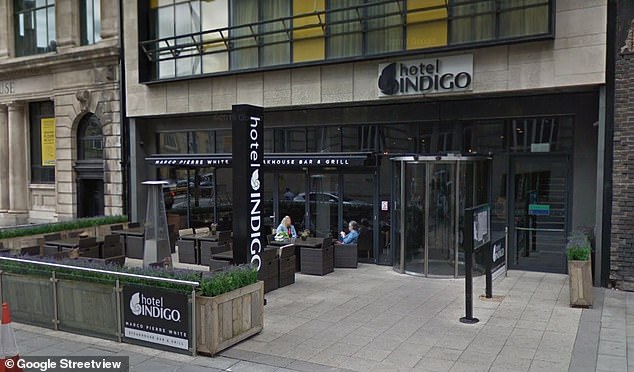 A negative test and 10% off your steak: Marco Pierre White’s restaurant among Liverpool businesses to offer discounts for people who can prove they don’t have Covid-19

Consumers in Liverpool will be offered discounts in shops and restaurants if they produce a negative coronavirus test result.

The local council hopes to boost take-up of mass testing while encouraging people to visit the high street.

More than 25 businesses in the city, including Marco Pierre White’s steakhouse, the Beatles museum and the Liverpool gin distillery, have signed up to the pilot scheme.

If successful, it could be rolled out to other cities as the Government aims to ramp up mass testing in tier 3 areas.

Deals such as ten per cent off in shops or a free children’s meal in restaurants will be available if people can show ID and a negative test result from the previous 24 hours.

Chris Brown, director of Marketing Liverpool, said the incentive ‘benefits everyone’, adding: ‘It allows those with a negative lateral flow test result to safely enjoy our shops, restaurants and visitor attractions during December while bringing much needed footfall back into our venues.’

More than 25 businesses in the city, including Marco Pierre White’s steakhouse, pictured, the Beatles museum and the Liverpool gin distillery, have signed up to the pilot scheme

Liverpool became the first city to trial mass lateral flow testing, which can produce a result in just 30 minutes, but there has been criticism that the testing is missing positive cases.

Figures released last week from Liverpool showed that the tests missed half of all cases and a third of those from people who were the most infectious.

This led to calls from scientists for them to be suspended, claiming they were giving people a misplaced sense of reassurance.

Yesterday, Dr Susan Hopkins, chief medical adviser to NHS Test and Trace, pointed out the tests were used only on asymptomatic people, adding that they enabled officials to find many cases of infection in people without symptoms who would otherwise have been missed.

Speaking to the BBC Radio 4 Today programme, Dr Hopkins said: ‘What we are doing here is case detection. We are not saying people do not have the disease if their test is negative. We are trying to say [to people who test positive], ‘You do have the disease and now we want you to go and isolate for ten days.’ That is a whole different game-changer.’

But on the same programme, Professor Jon Deeks, of Birmingham University, said the tests were ‘low-tech’ and being used in ways for which they were never intended, with potentially dangerous consequences.

‘We can’t see why the Government is progressing with using this test when it is missing so many people,’ he said.

‘They have been sold to people with the idea that if you are negative you will be able to go and visit people… and that is really dangerous.’