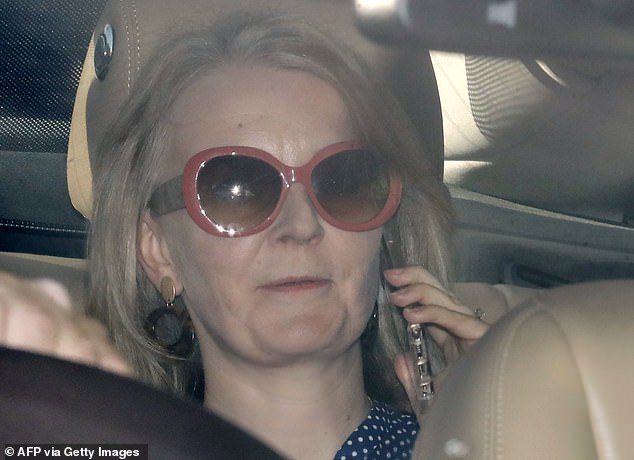 Liz Truss‘s personal phone – including private messages she exchanged with Kwasi Kwarteng – was hacked by agents suspected of working for President Vladimir Putin, The Mail on Sunday‘s Glen Owen and Dan Hodges have revealed.

Sources said that up to a year’s worth of messages were downloaded, with the hack not discovered until this summer’s Tory leadership campaign. 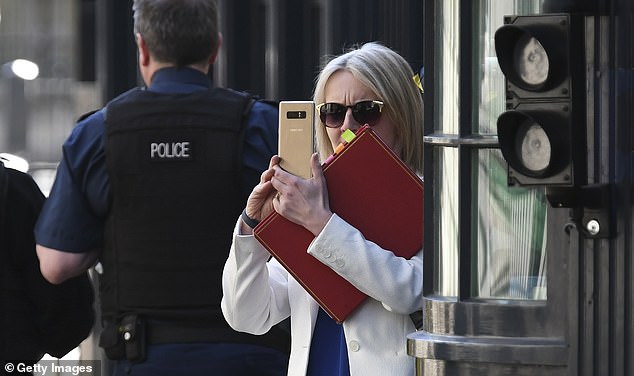 Her phone was reportedly compromised when Ms Truss was Foreign Secretary

Her phone was reportedly compromised when Ms Truss was Foreign Secretary, but the details were suppressed by Johnson and the Cabinet Secretary Simon Case, who ordered a news blackout.

A source told the newspaper that the phone was so heavily compromised it has now been placed in a safe in a secure government location.

The hacked messages are also believed to have included highly sensitive discussions with senior international foreign ministers about the war in Ukraine.

These reportedly included discussions about arms shipments, with a source describing it as ‘not a good look’ for the UK’s Foreign Minister to have her phone so easily compromised. 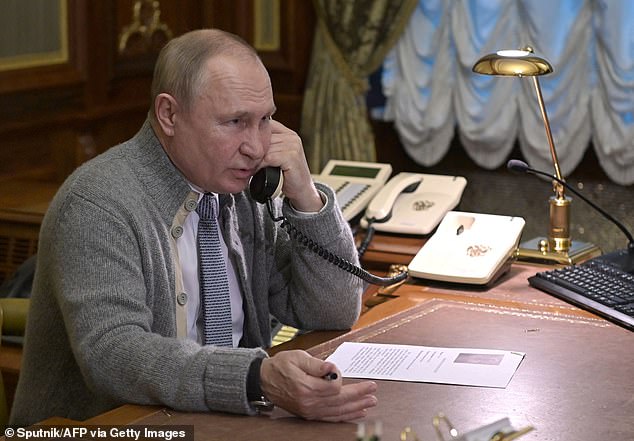 It is believed agents, suspected to have been working for Russian President Vladimir Putin, gained access to top-secret details of negotiations with key international allies

The shocking incident, which security sources disclosed to the paper, explains why Ms Truss was forced to change the mobile number she had used for more than a decade shortly before becoming Prime Minister.

Her decision to do so was reported at the time due to the confusion and anxiety among Cabinet Ministers and advisers who were suddenly unable to contact her.

In a statement released to the MoS on Saturday afternoon, a UK Government spokesperson said: ‘We do not comment on individuals’ security arrangements. The Government has robust systems in place to protect against cyber threats. That includes regular security briefings for Ministers, and advice on protecting their personal data and mitigating cyber threats.’