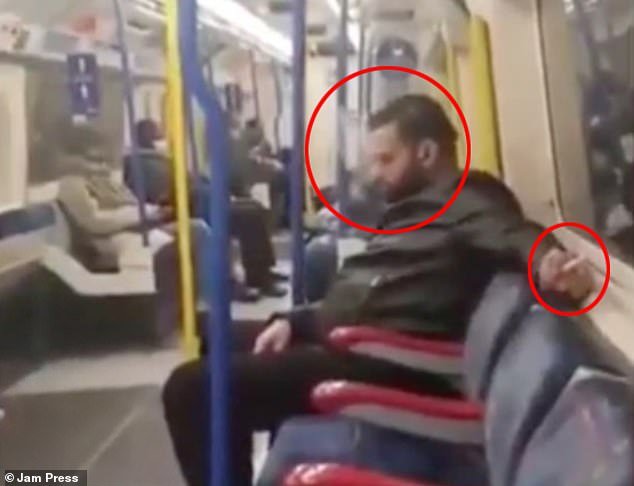 He should be ASH-amed! Moment Tube passenger casually puffs on a CIGARETTE in the carriage leaving fellow travellers fuming

By Emer Scully For Mailonline

This is the moment a man smoked a cigarette on a London underground carriage in front of horrified passengers.

Video footage showed the man reclining on his seat on the Piccadilly Line with what appeared to be a cigarette in his hand.

Another passenger filmed the man as he lifted the cigarette to his lips before exhaling a puff of smoke in the confined space.

Other people in the carriage wore masks as required under Covid rules, but the man was not wearing a face covering in the clip. 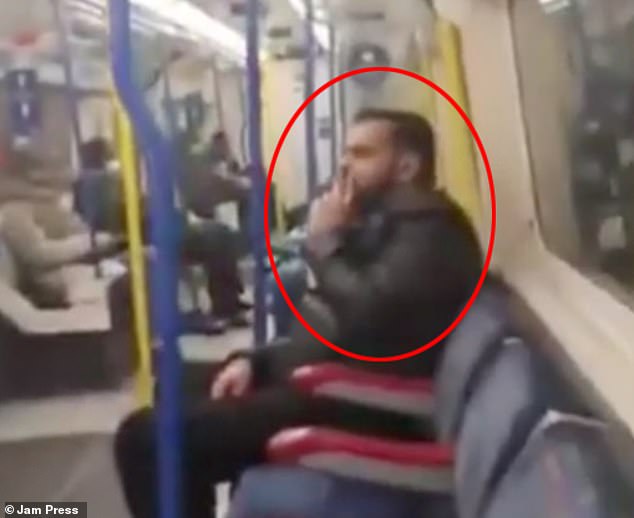 It is thought the smoker was filmed on January 15. The clip, which was shared on social media, has since gained more than 31,140 views.

One person said: ‘If only I was there….. I’d give a disapproving sigh before moving to another carriage.’

Another person added: ‘Can’t believe everyone looking and not saying anything.’

It is not known if any arrests have been made.

Smoking on the London Underground has been banned since 1984, and yields a maximum fine of £1000 for those committing the offence, as stated on TFL’s website.