By James Wood For Mailonline

A lost cat has been reunited with its owner after two years lost in a scrapyard – after kind-hearted workers spotted the animal sitting in cars.

Cathy Scott, 27, lost Little Jess around a month after moving house from Swanland to Hessle, Yorkshire in 2017.

It was only when workmen at a Hull scrapyard came across a long-running Facebook appeal to find him, which had been shared on social media a year before, that he was finally returned home.

Cathy Scott, 27, lost Little Jess around a month after moving house from Swanland to Hessle, Yorkshire in 2017 (pictured together after Little Jess was found) 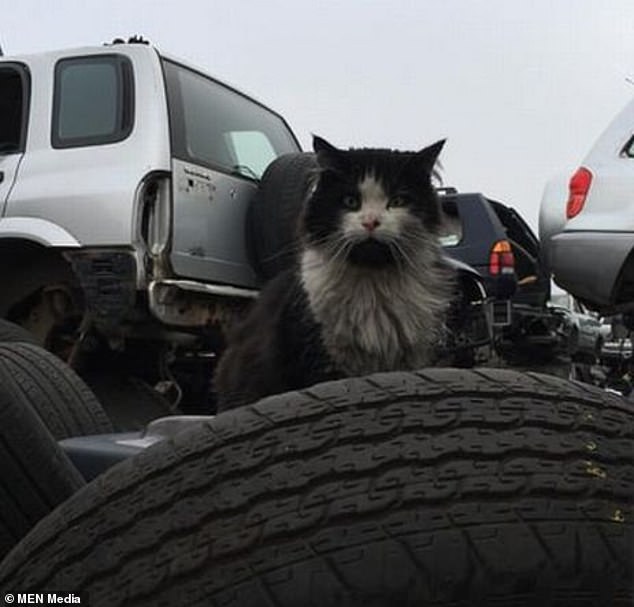 The family pet – named after Postman Pat’s famous moggy – is now back in the arms of his delighted owner.

She said: ‘I let him out after a month – they usually say around two weeks – and he never returned. I was searching for him and had put up a post last year. The other day someone had seen it and got in touch.’

Workmen at the scrapyard messaged Miss Scott to say they had spotted Jess there.

They said he had only recently began coming out and accepting food from them.

She said: ‘They messaged me. I’d had quite a lot of messages and I thought, ‘It’s not going to be him.’ When they sent a picture I knew straight away it was him.’ 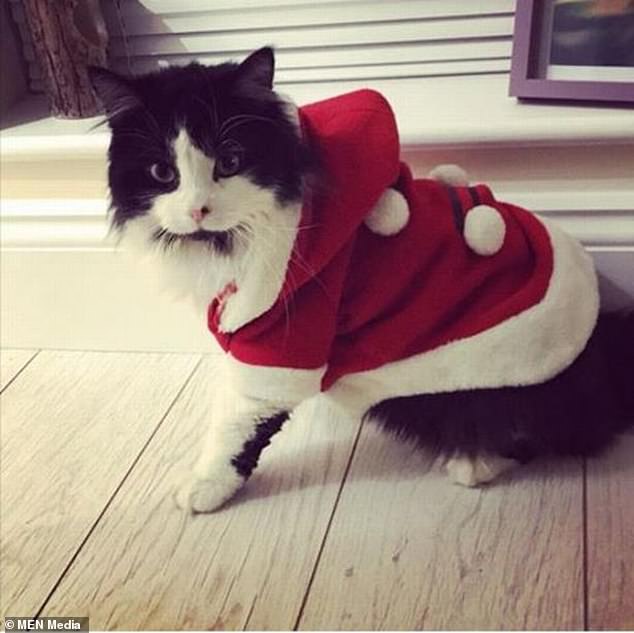 Miss Scott said she had ‘given up hope’ of ever finding the family pet. But she has now been reunited with Little Jess (pictured after he was found, and just in time for Christmas)

Miss Scott went to the scrapyard on Wednesday and collected Jess.

She said: ‘I took a cat carrier and he ran away. This morning he came for some food and I managed to put him in the box. We’ve only had him home an hour.

‘I don’t think he’s been anywhere else, the workmen had pictures of him sat in the cars. It’s only the past month they say he’s been trusting of the workers.

‘I was a bit shocked. He’s been chipped so I thought someone might grab him and see where he was from but he seems to have been out and about.’

Miss Scott said she had ‘given up hope’ of ever finding the family pet.

She said: ‘It’s so overwhelming and was so shocked. I was shouting him and he was meowing back at me. He’s nearly five years old and went missing two years ago. My little boy doesn’t know yet, I can’t wait to tell him. He will be so shocked.

‘He still talks about him. I can’t believe it – what are the odds? He’s going to the vets this afternoon for a check over and I’ll give him a good bath.