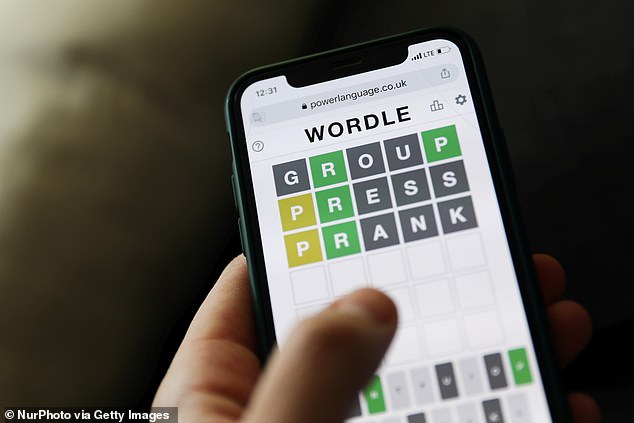 Lost for words: Parer… the Wordle that left players tearing their hair out in frustration

By Jim Norton Technology Editor For The Daily Mail

The hardest Wordle to guess this year has been revealed as ‘parer’.

Nearly half of players failed to guess the word – a small sharp knife that cuts fruit and veg – within six goes. In second and third place were ‘foyer’ and ‘catch’, which one in four players failed to work out.

The results are based on players who have posted their score on Twitter – often to boast – so the number who failed to guess the words may be far higher.

Wordle was invented by Welsh software engineer Josh Wardle and became an internet sensation when it was made available online last year. The puzzle, which gives players six attempts to guess a five-letter word, was bought by The New York Times for an undisclosed six-figure sum.

The research by online gaming site im-a-puzzle.com found no one managed to guess the relatively obscure ‘parer’ in the first two goes, and only 4 per cent had by the third. Some 26 per cent were unable to guess ‘foyer’, and 23 per cent didn’t get ‘catch’, likely due to the high number of words with the final four letters.

A spokesman for im-a-puzzle.com said: ‘NYTimes include more obscure words to catch players out.

‘Double letters seem to cause many issues for players, with half of this list containing double or triple-letter words. Although players hate losing their [successful] streaks, it’s these complex and rare words that challenge players and make the game so addictive as well as give players a sense of achievement when they guess correctly.’