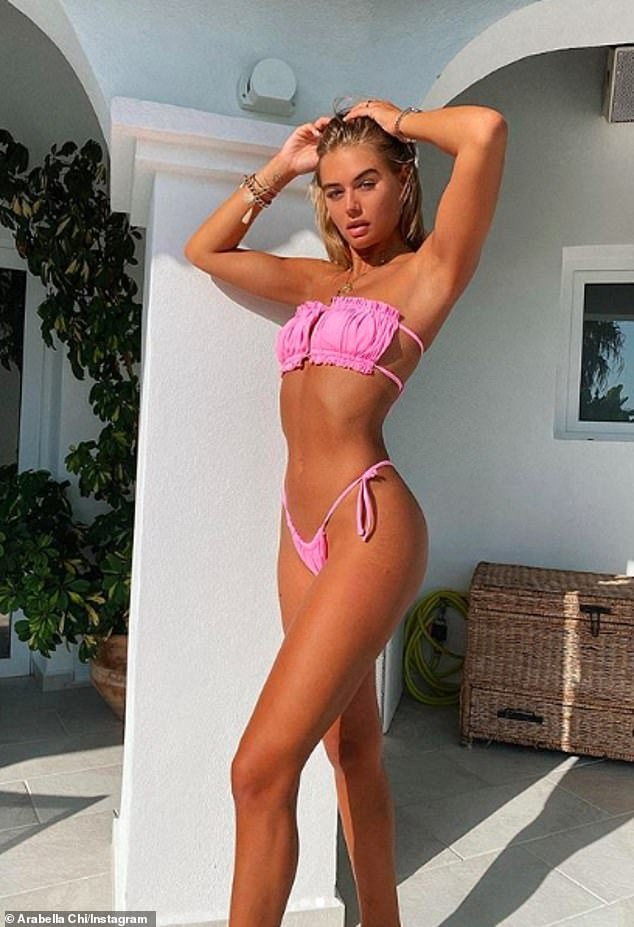 She has been littering her social media feed with sizzling snaps from her idyllic Ibiza getaway.

And Arabella Chi was at it again on Friday as she showcased her sensational physique in a slew of sultry snaps uploaded to Instagram.

Flawless: Arabella Chi showcased her sensational physique in a slew of sultry snaps uploaded to Instagram on Friday as she continues to soak up the sun in Ibiza

She exuded confidence as she swept her honey tresses over her shoulder and gazed intently at the camera.

Arabella made sure to flaunt her pert posterior as she posed up a storm on the patio for the sun-kissed photoshoot.

She accessorised her neon swimwear with a selection of stylish gold jewellery including necklaces of different lengths and a bracelet with a thick, twisted chain.

The TV personality uploaded the series of sultry snapshots alongside a caption that read: ‘Life is your creation.’ 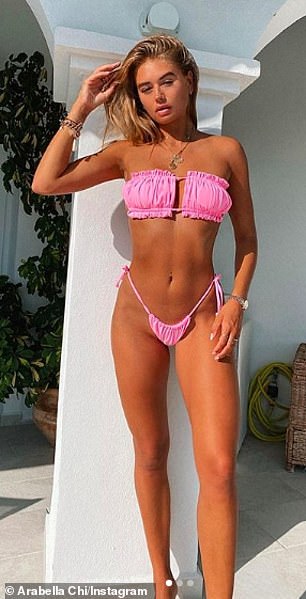 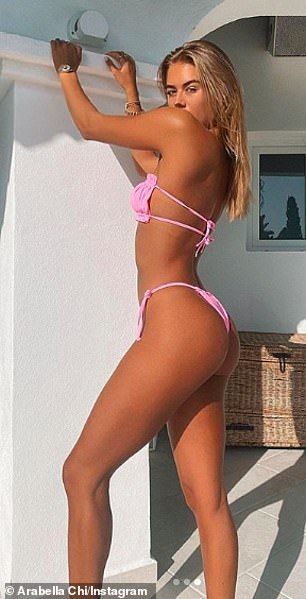 Sultry: She exuded confidence as she swept her honey tresses over her shoulder and gazed intently at the camera

Arabella has been on cloud nine ever since embarking on a new relationship with musician Josh Newsham last month.

The exes had been dating for nine months but were said to have ‘grown apart’ and had become more aware of their six-year age gap ahead of their split.

The hunk left the home he shared with the blonde so they didn’t have to isolate together under lockdown rules. 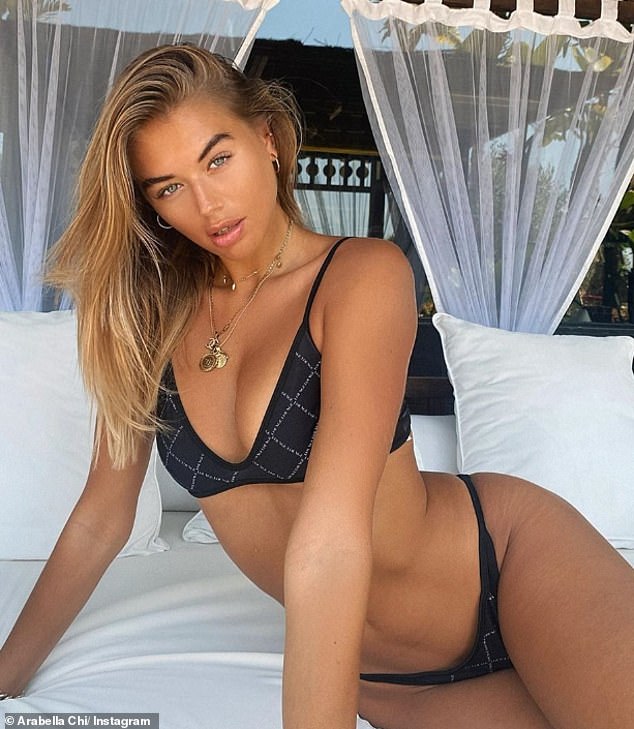 Sizzling: The reality star has been keeping her fans updated with her holiday fun over the past few weeks and has shared several stunning bikini snaps on her Instagram

He is now living with his friend and former Love Island 2018 co-star, Josh Denzel.

A source told The Sun at the time: ‘It’s all over. They started to grow apart. They want to remain civil with each other and hope to remain friends.’

The news likely came as a shock to their fans, as just a week before they called it quits, they revealed that they were enjoying their time in lockdown together.

Speaking to OK! Online, Wes said: ‘It’s been alright. It’s hard to get out at the moment, isn’t it? We’re just trying to do our piece of exercise a day.’ 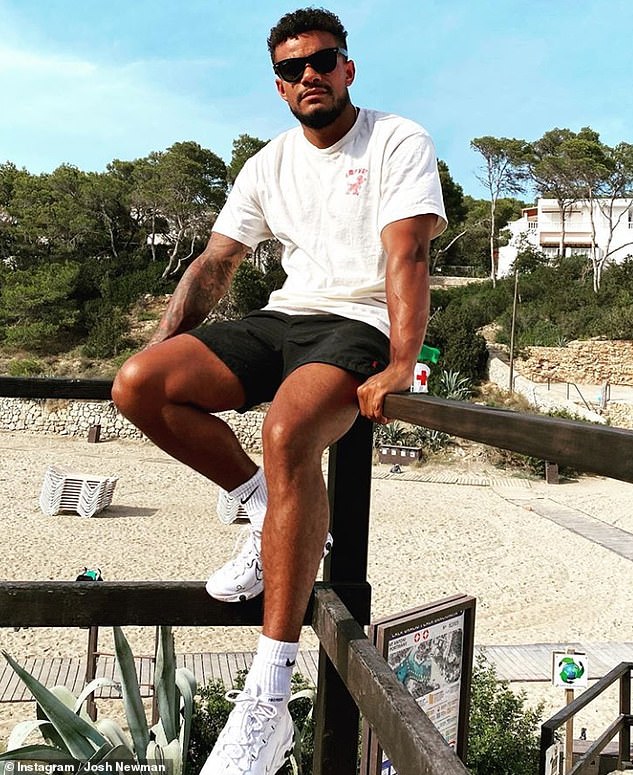 Smitten: The blonde beauty has been on cloud nine ever since embarking on a new relationship with musician Josh Newsham last month (pictured)