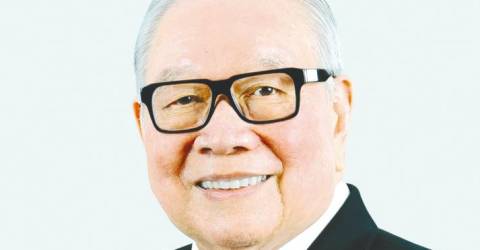 PETALING JAYA: LPI Capital Bhd posted a net profit of RM61.53 million in the first quarter ended March 31, 2022 (Q1’22), down 25.3% from RM82.31 million in the same quarter of the preceding year due to lower investment income and reduced profitability of its wholly owned insurance subsidiary, Lonpac Insurance Bhd (Lonpac).

It registered a revenue of RM397.74 million in the quarter, 9.8% lower compared with RM440.79 million in the same quarter of the preceding year due mainly to lower gross earned premium booked in Q1’22.

Group chairman Tan Sri Dr Teh Hong Piow (pix) commented that while business sentiments have turned positive since the beginning of the year, the LPI group registered a slow start to financial year 2022 (FY2022) with the performance of the group affected by a higher claims ratio and the lacklustre performance of its investment portfolio.

For the quarter, the group reported investment income of RM28.7 million, 33.7% lower than the RM43.3 million recorded in Q1’21, due mainly to lower dividend income received from the group’s equity investments. Its net return on equity was at 2.9% while earnings per share dropped 25.3% to 15.44 sen from 20.66 sen.

“The profitability of Lonpac for Q1’22 was partly affected by the additional costs of RM6.4 million incurred for the reinstatement of reinsurance as a result of last December’s major flood event. Lonpac’s Q1’22 performance was also affected by the increase in its technical reserve. Its net unearned premium reserve (UPR) increased by RM54.4 million for the quarter compared with an increase of RM42.9 million in Q1’21.

“The increase in UPR was due to the adoption of a more conservative approach in the UPR computation formula for Lonpac’s mortgage-related personal accident insurance portfolio, which resulted in an additional RM14.8 million net UPR booked in. The normalisation of claims ratios arising from reopening of economy and increase in business and social activities had also contributed to an increase in claims and lowered Lonpac’s underwriting profit,“ Teh said in a statement.

“With the reopening of the economy and the resumption of business activities, the demand for insurance is expected to increase. Though the LPI group faced some headwinds in its performance for Q1’22, the group is confident that with its strengthened distribution channel and concerted efforts in executing its business plan, LPI will be able to report satisfactory performance for the remainder of FY2022,” Teh said.