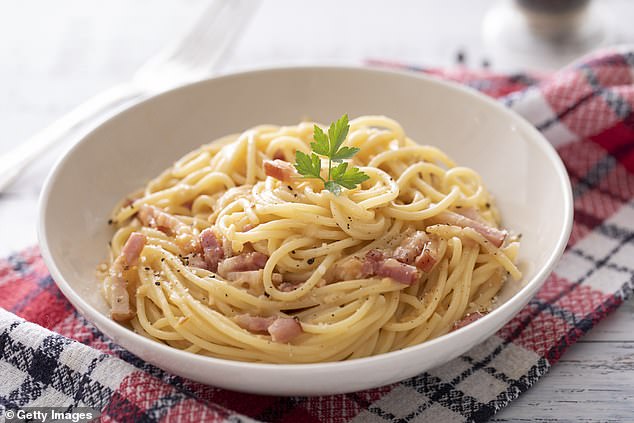 By Constance Craig Smith For The Daily Mail

A BRIEF HISTORY OF PASTA

What on earth did we British rustle up for a quick supper in the days before we discovered pasta? Cheap, nutritious, versatile and loved by small children and adults alike, pasta was something of a rarity in Britain until the 1950s.

Today more than two-thirds of us eat it at least once a week, although we only get through a tenth of the amount the Italians do.

In this exuberant book, studded with tempting recipes, Italian food historian Luca Cesari tells the story of pasta and how it has conquered the world. Italians have been eating pasta since the Middle Ages, and possibly much earlier, but until the end of the 18th century it was eaten with nothing more than a garnish of butter and cheese. Then some bright spark had the idea of adding meat juices and with that the great sauce revolution had begun.

Pasta was something that was a rarity in Britain up until the 1950s. Today, however, more than two-thirds of us Brits eat pasta at least once a week

Pasta and tomato sauce seem like the most obvious of combinations, yet the first mention of this classic pairing didn’t come until 1790, when a cookbook suggested boiling pasta in a thin tomato broth, to which could also be added herbs, vegetables or — gulp — frogs.

Half a century later, the discovery that tomato sauce could be stored for months in a sterilised glass jar made it affordable all year round. Even today, many Italian families still prepare their own tomato sauce every summer and Spaghetti al Pomodoro has become ‘the king of pasta dishes’. The more lavish Spaghetti alla Carbonara first made its appearance in a 1950s American cookbook; rather than being an Italian recipe it may actually have been invented by GIs stationed in Italy at the end of World War II.

With its rich combination of eggs, pancetta and lashings of cheese, it came to sum up the abundance and optimism of the post-war era.

Although Italian purists shudder at the frequent addition of cream to the recipe, Cesari says it helps the dish achieve its ‘velvety smoothness’. Without the cream, you can end up with ‘a slimy soup of raw egg’.

We British tend to think of Spaghetti Bolognese as a speedy dish but the standard Italian recipe for the sauce is labour-intensive, requiring two different kinds of meat and two hours of simmering. 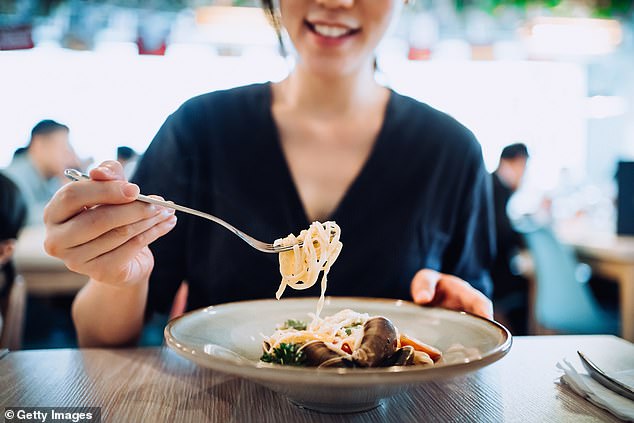 The addition of milk or cream to the recipe ‘is now considered heresy by many food purists,’ Cesari writes, and not just in Italy.

Mary Berry fell foul of the spag bol traditionalists a few years ago when she recommended adding white wine and double cream, which left TV viewers ‘shocked and appalled’, according to one British newspaper.

Cesari concedes the fierceness with which Italians debate the correct way to make pasta dishes can seem comical to outsiders.

Yet the handing down of traditional recipes from one generation to the next is surely what keeps Italian food so mouth-wateringly good.

Pasta is the ultimate communal food, easily prepared in large amounts and relatively cheap to make. In Italy, says Cesari, a plate of pasta is much more than just fuel: it’s ‘an opportunity to strengthen family ties and friendships, the consummate binding agent’.