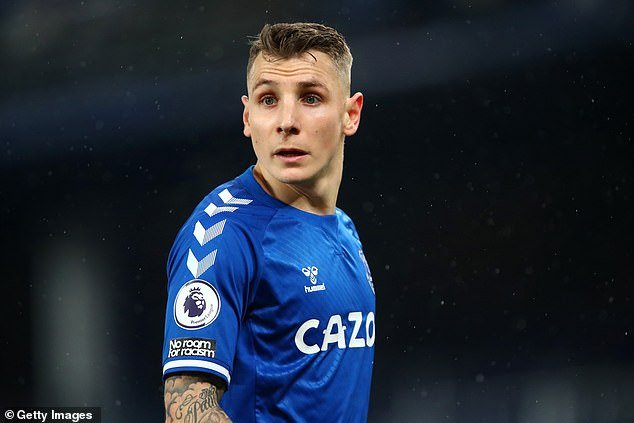 Everton left-back Lucas Digne has signed a new long-term contract which extends his stay at the club until 2025.

The 27-year-old, who arrived at the club in the summer of 2018 from Barcelona for £18million, committed his future to the Toffees after saying he believed they were his best chance to play in Europe.

‘We have a big project with the club and can reach something very good at the end of this season and for the next few years,’ he told evertontv. 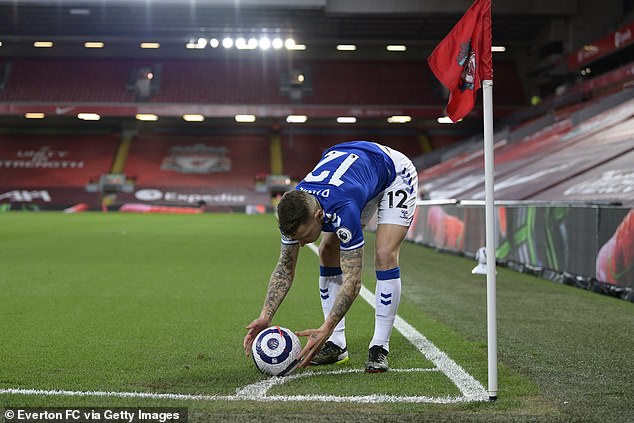 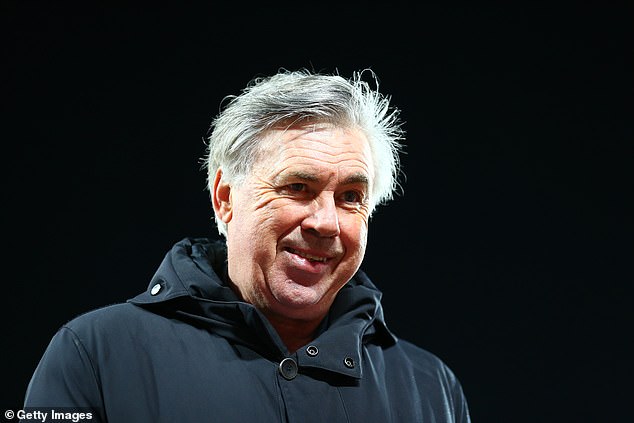 ‘I want to play in Europe and Everton is the best place to do that. I have seen the progress every year since joining the club, we are building a strong team.

‘It was clear in my mind that I want to continue with Everton.’

Digne has an impressive CV behind him, with stints at Lille, PSG, Roma and Barcelona before moving to Merseyside – and the left-back has delivered the kind of quality to be expected from such a list.

The Frenchman already has seven assists this season, which is more than any other Premier League defender, despite missing seven games with an ankle injury. 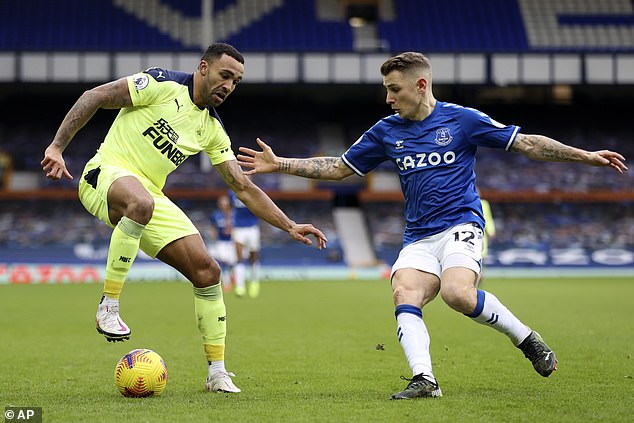 Carlo Ancelotti is getting the best of Digne, who believes the former AC Milan, Real Madrid and Bayern Munich coach is the man to take Everton into the European fight.

‘He [Ancelotti] won three Champions Leagues, he has this winning mentality,’ the full-back added.

‘He is the perfect coach for us.’