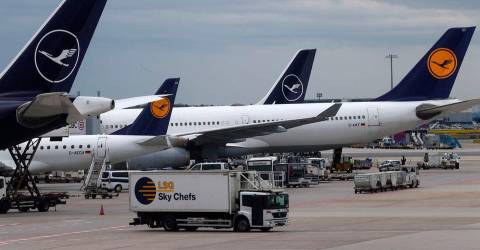 The pilots for passenger flights will walk out from Wednesday 00h01 to Thursday 23h59, while the industrial action for those operating cargo flights will last a day longer to Friday 23h59.

The strike comes just a week after the airline was forced to cancel almost all its flights on Friday due to a pilots’ walk-out, affecting 130,000 passengers.

“Despite announcements to the contrary, Lufthansa has not yet approached us and has not put forward a new offer,“ said Cockpit in a statement.

“This is absolutely incomprehensible and leads to a further unnecessary escalation of the situation.”

The pilot union is seeking a 5.5 percent wage increase by the end of the year, automatic compensation for inflation and adjustments on its salary grid.

Lufthansa has said the entire package sought by Cockpit would raise pilot personnel costs by 40 percent or 900 million euros ($900 million).

With inflation soaring, collective salary bargaining is expected to be tense in the coming months across Europe.

German consumer prices rose by 7.9 percent in the year to August, according to data published last week by the federal statistics agency Destatis. – Reuters