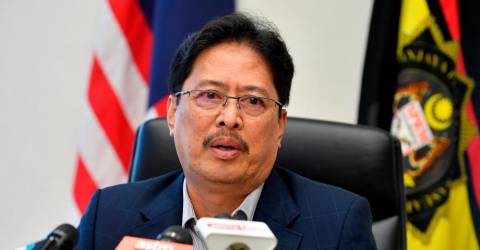 KOTA BHARU: The Malaysian Anti-Corruption Commission (MACC) will look into reports related to the alleged approval of a flood mitigation project, which was given after the dissolution of Parliament.

Its chief commissioner Tan Sri Azam Baki (pix) said his team has taken note of the information, whether it was obtained via a face-to-face report or through the media, and will consider whether there is a basis for an investigation.

“If the allegations are substantiated, we will conduct further investigation. For now, we will wait and see,” he told reporters after an investiture ceremony in conjunction with Sultan of Kelantan, Sultan Muhammad V’s 53rd birthday celebration, here today.

When asked if MACC would summon Rafizi to record a statement regarding the matter, Azam said that the matter had not been decided.

“However, we welcome Rafizi or any party to come forward and channel information because this is our duty. If there is a basis to conduct an investigation, we will do it,” he said.

Meanwhile, Tuan Ibrahim, when met at the same event, said that he was prepared to cooperate with the MACC and police if called to give a statement.

“The project is a government plan which has been approved by the Finance Ministry. The letter of acceptance (SST) has not been issued, and no company can claim that it owns the project.

“If it is true that there is abuse of power or corruption, please lodge a report to the MACC and police to enable an investigation to be carried out,“ he added.-Bernama