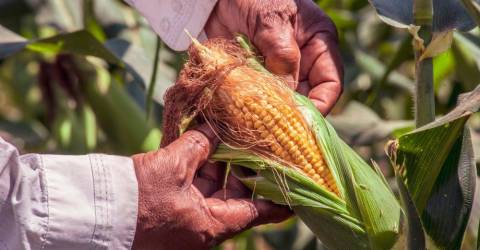 JASIN: The Ministry of Agriculture and Food Industries (MAFI) is targeting about 80,000 hectares nationwide to be cultivated with grain corn by 2033 to meet the growing domestic demand, thus reducing import dependence.

Its Deputy Minister 1 Datuk Seri Ahmad Hamzah said the move was being taken upon realising the high demand for the animal feed component as well as the sharp increase in prices in the world market, which had various effects, including on the current chicken price.

“If in the past, grain corn received less attention to be planted because the price was very cheap at around RM500 per tonne. But the price shot up to RM900 per tonne and has further increased by 110 per cent at this time, which is RM1,900 per tonne.

“The cultivation of grain corn has also started in suitable areas in several places, such as in Melaka, Perlis and others and we also very much welcome the participation of private companies to cultivate the crop on a large scale,“ he told reporters here today.

Earlier, he had attended the “Jualan Kasih Ramadan” programme organized by the Federal Agricultural Marketing Authority (FAMA) at the Jasin Parliamentary Office compound in Merlimau here, which was also attended by FAMA Board Member Datuk Ghazale Muhamad.

in conjunction with Ramadan, the programme offered a thrift sale with prices cheaper than the market. There was one offer called combo A priced at RM30 for five kilogrammes of rice, a chicken, two packets of cooking oil, an egg board and a pineapple while combo B priced at RM15 comprised fruits and combo C for an assortment of vegetables.

Commenting further, Ahmad said that through the National Agro-Food Policy, the ministry also took systematic measures including conducting research through agencies such as the Malaysian Agricultural Research and Development Institute (MARDI) and others to find alternative food sources.

“As we know corn and soy are among the important components for livestock industry feedstock such as poultry, chickens and ducks as well as ruminants such as cows, goats, buffaloes and others which also depend on these nutrients.

“Research has found the use of palm kernel cake (PKC) can be used as an alternative food for livestock,“ he said.-Bernama