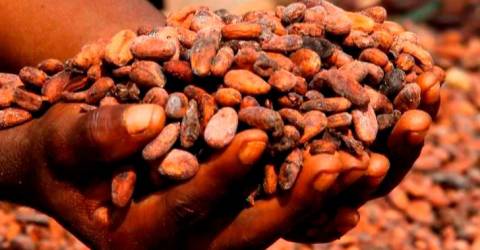 TAWAU: Malaysia’s cocoa production of 100,000 tonnes per year is insufficient to fulfil the cocoa industry’s demand of 350,000 tonnes per year, resulting in the country to import the commodity to fulfil domestic demand, the Malaysian Cocoa Board (MCB) director general Dr Ramle Kasin said.

He said he hoped that cocoa operators throughout the country would seek a solution to overcome the issue.

“I hope cocoa smallholders all over the country unite to increase the production of quality cocoa beans,” he told reporters after officiating the MCB Open and Innovation Day here today.

Ramle said the government is working on ways to overcome the problem by increasing the upstream activities of the cocoa industry, especially the cultivation and plantation of cocoa in this country.

He said MCB would apply to state governments across the country to allocate land to increase the cultivation of quality cocoa.

“We are also encouraging smallholders to plant cocoa in their farms, alongside other crops to increase their income,” he added.

The one-day event involved 22 government and private agencies in Tawau with various activities such as exhibitions and cycling, involving more than 350 participants. – Bernama